The energy, water and food (EWF) nexus is a vital and central idea of the sustainable development, which plays a significant role in the economic growth of a nation (Figure1). For a long time, the three resources have been treated separately without assuming that the demand of one resources will have either a direct or indirect influence on the demand of the other resources. Agriculture, a relevant example to the EWF nexus, is responsible for the consumption of 70% of the global total freshwater. Moreover, the food production sector consumes close to 30% of the whole energy consumed globally and these shows a complete interdependence of the different sectors. However, despite the strong interdependence of these resources, the holistic governance approach to the energy, water and food resources remained disintegrated in many of the developing countries. 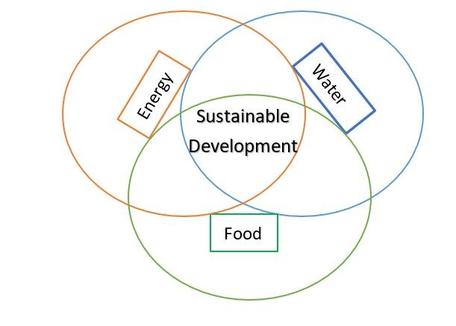 ×
Figure 1. Energy,Water and Food nexus the core of Sustainable Development

In the developing countries, the demand for the resources is increasing rapidly as the result of the growing number of population, urbanization , economic growth and change of living styles. Therefore, understanding the relationship between the EWF resources is critical to put sustainability into action and build a resilient system of development. Hence, policy makers should need to take a precautionary measure regarding the management and usage of the available EWF resources, without putting in compromise the ability of the future generation to meet their needs and debilitating the ecosystem potential.