Fostering Systems Thinking in Your Students

This webinar is part of a series supporting teaching with InTeGrate principles, using InTeGrate-developed and curated materials as tools.

Jump down to:
Resources, including presentation slides and the Screencast recording after the webinar 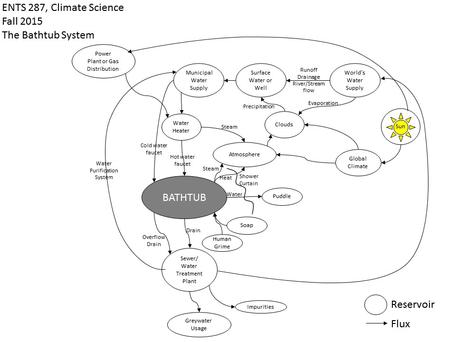 ×
Systems thinking can help students analyze complex systems and it is well-suited to teaching about Earth in a societal context. Systems thinking is prevalent across the curriculum, especially with regard to sustainability issues. Lisa Gilbert, Systems Thinking module co-author, will introduce systems thinking, provide an approach to building students' systems thinking skills, and showcase a systems thinking example that can be used in any course. Karl Kreutz, Systems Thinking module co-author, will discuss systems modeling and feedback systems. In addition, he will provide an example of a feedback system using Arctic sea ice. The webinar will include 30 minutes of presentations and 25 minutes of discussion. Participants are encouraged to both ask questions of the presenters and discuss their own experiences regarding systems thinking for their discipline or context.

At the end of this webinar, participants will have:

Time - 9:00 am PT | 10:00 am MT | 11:00 am CT | 12:00 pm ET
Duration - 1 hour
Format - Online web presentation via Adobe Connect web conference software with questions and discussion.
Go to the webinar technology page for information on using Adobe Connect.
Detailed instructions for joining the webinar will be emailed to registered participants one day prior to the webinar.

Preparation - There is no advance preparation required for this webinar.

Please email Rory McFadden (rmcfadden@carleton.edu) if you have any questions about this event.

3) Modeling and feedback in a system – Lisa Gilbert

The convener will reflect on the chat provide a synthetic remark. The chat and final remarks will be discussed further in the InTeGrate discussion thread. This online interest group is aimed at providing you with a platform for continuing discussion and exchanging ideas with your new colleagues about systems thinking, as well as broader InTeGrate principles that will continue to be discussed throughout the webinar series.

Prompt: "What does systems thinking mean to you?"

Making connections between the Earths 'spheres'.

Systems thinking means an integrated view of a particular problem.

movement of materials/energy between spheres

Interconnectedness and feedback of earth systems

large-scale view of how earth processes work and are interconnected

Understanding mechanisms of interconnected processes in space and time

A specific discipline that incorporates a holistic approach and takes into account long time periods, time lags and a specific tool set to approach issues.

Thinking about how an ecosystem is interconnected.

All the processes and components interacting and involved in Earth's spheres. Can be used to help make a decision about a socioscientific issue.

making connection between what students are learning in different classes

involves the STEM and Societal

Prompt: "Reinforcing feedback loops underlie many environmental problems. What are some examples?"

High speed wobbles on a skateboard

methane release due to climate change

Loss of ice on the Arctic ocean

addition of groin into coastal system, which disrupts sediment flux

loss of albedo from polar ice and global warming

heat is from outside the system and not accounted for in the loop.

losing bees and effect on ecosystem

feedback on a guitar

Prompt: "What else would you add to the (simple 3-element diagram) shown on the screen?"

scale quite a jump from wildfires in MN to global circulation

big jump, but think about dust from Africa appearing in US particulate matter...

Prompt: "Give examples of simple Inflow>Reservoir>Outflow systems that you could have students sketch, photograph."

aquifer recharge and use

discharge in a river

students in and out of buildings

population of bunnies over time

students in and out of undergradaute school

# of people in a restaurant over an evening

household water or electrical use.

Prompt: "How do you teach systems thinking? Course title and approach:"

LEED Lab; buildings as a system

Trish: sketching an ecosystem and labeling varied components (e.g. biosphere/atmosphere/geosphere/hydrosphere) and linking them

NS 103 Sustainability and Systems use STELLA with students. Teach them causal loop diagrams.

geology and earth science: how many aspects of the class can relate back to and fit in with plate tectonics throughout the semester

Water in Society: water cycle and nitrate pollution in Iowa

annual cycle of CO2 variation in atm in meteorology

Weakly! I am constantly emphasizing how everything in oceanography is connected and that we can't think about seawater chemistry, marine sediment distribution and sea surface productivity in an isolated fashion. They influence one another. But I do not do it eloquently as I see you have done here.

Feedback in loss of Arctic Sea ice in environmental science; CO2 and temperature in geology and environmental classes, rates of weathering and CO¬2 content in the atmosphere

Intro to geology: Electic motor/generator in car to illustrate geodynamo and Earth's magnetic field. A systems diagram would improve my explantation.

I have students write about hydraulic fracturing and include biology geologyl hydrology, politics, etc

How long does this approach take in the classroom? (Ans: part of 4-6 classes spread through a semester.)

Are there a variety of examples in the integrate units? (Ans: yes, see slides)

How complex is TOO complex? Given your classroom experience. (Ans: with systems diagrams, let their imaginations run wild, so they will see how complicated the world really is. For systems modeling, need to start simply.)

Many of my students include the system name into the system - hard to get across the idea that the "bathtub" should not be a component in their diagram. Also, many students are stuck on a linear sequence with only hierarchical branches, and no networks.

How are system diagrams different than concept maps? (Ans: Systems diagrams show flow of energy, matter, etc. connecting reservoirs. Also called causal loops. Concept map is a more general term for diagrams that show the relationship between concepts, and can be useful for helping students learn to organize their knowledge.)

What is the response of your students to your systems approach? (Ans: it is now the students' favorite part.)

Do you ask the students to make decisions based on the system diagrams? (Ans: she hasn't so far, but likes the idea a lot.) 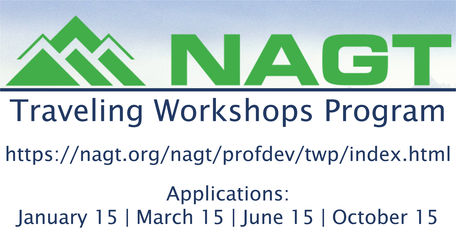