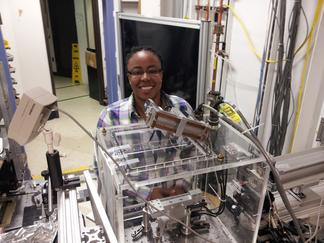 ×
This program was funded effective Sept. 15, 2011 by the Directorate for Geosciences of NSF, and is also supported by matching funds from the Photon Sciences Division of the Brookhaven National Laboratory and the Graduate School of Stony Brook University.

We have already had great success in recruiting students to this 2-year program leading to a MS degree in Geosciences instrumentation at Stony Brook and positioning them for employment as Science Associates in national user facilities of the DOE, such as the National Synchrotron Light Source at Brookhaven.

Ashley Thompson from Delaware State University with a major in Physics and Engineering arrived January 2012. She conducted her internship research with Professor Ehm at the NSLS which focused on development of an environmental chamber for conducting experiments on the X17B3 beamline supported by COMPRES, with the objective of contributing to techniques for carbon capture and storage. She also presented a poster on this work at the Annual Meeting of COMPRES in mid-June 2013. In December 2013, Ashley successfully defended her M. S. thesis and was awarded a Master of Science degree by Stony Brook University at a graduation ceremony on December 19. 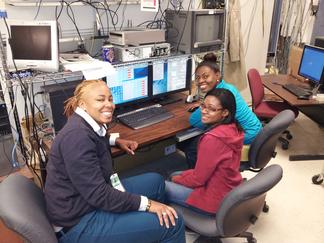 ×
Melissa Sims from the University of South Carolina, with a major in geophysics/seismology, arrived in September 2012 to begin her graduate study. She is pursuing a research project at the NSLS under the supervision of Professor Lars Ehm; the goal of her project is the development of improved computational techniques to analyze Debye-Scherrer X-ray diffraction patterns. She presented a poster on this work at the Annual Meeting of COMPRES in mid-June. We anticipate that Melissa will graduate with her M. S. degree in May 2014.


Adairé Heady from Delaware State University with a major in Physics and Engineering arrived in September 2012 to begin her graduate study. She is pursuing a research project at the NSLS under the supervision of Professor Lars Ehm; the goal of her project is development of a new furnace for internal resistive heating in a diamond-anvil cell. She presented a poster on this work at the Annual Meeting of COMPRES in mid-June. We anticipate that Adairé will graduate with her M. S. degree in May 2014. 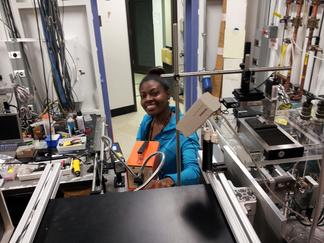 ×
In the summers of 2012 and 2013, Brandon Rhymer, and undergraduate student from the University of the Virgin Islands in St. Thomas, participated in the SULI program at the Brookhaven National Laboratory. He conducted research projects at both BNL and in the Stony Brook High Pressure Laboratory under the supervision of Gabriel Gwanmesia and Lars Ehm. Brandon has applied for admission to our MS program in Geosciences Instrumentation for Fall 2014.

In July 2013, Brittany McGregor, an undergraduate student from Florida State University. will arrive for a 6-week summer program. She will be working in collaboration with Lars Ehm and the other OEDG students and we hope to be able to recruit her to our graduate MS in Geosciences Instrumentation in the near future.

In developing this new program, we built on the evolving relationship between professors from Historical Black Colleges and Universities [HBCUs] and the NSLS at BNL. An outcome of this relationship has been the creation of an Interdisciplinary Consortium for Research and Educational Access in Science and Engineering [INCREASE], a consortium of Minority-Serving Institutions (MSIs) whose mission is to promote the research and education of faculty and students at MSIs and of minority faculty and students at non-MSIs, especially as regards facilitating their access and utilization of national user facilities, thereby increasing the numbers of those from historically underrepresented groups who pursue science and engineering careers.

We are continuing to build on our relationship with faculty from INCREASE, involving utilization of national user facilities, such as the NSLS at BNL. On April 18-19, 2012 we attended a Workshop at Brookhaven of this organization. 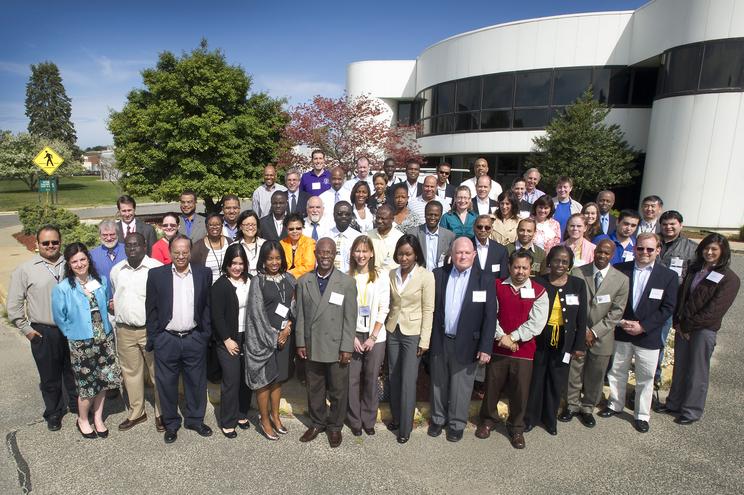 
On June 6, 2012, Liebermann and Gwanmesia attended a one-day workshop at Stony Brook to host faculty from the Department of Energy Visiting Faculty Summer Program of Brookhaven National Laboratory. This workshop was co-sponsored by the Center for Inclusive Education and the Graduate School at Stony Brook and 18 faculty from HBCUs and MSIs from the metropolitan New York area and throughout the southeastern U. S.