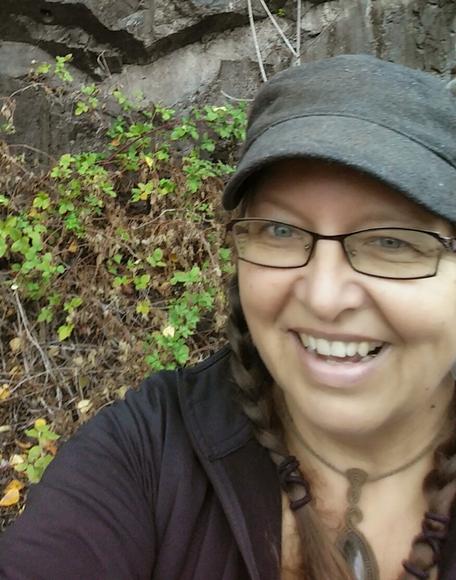 Daina has been teaching geology for 14 years and she enjoys giving students a new perspective on the Earth. Two ways she does this is by using the "What a Geologist Sees" theme from Marshak textbooks which focuses on analyzing how landscapes have been shaped, and by incorporating a field component into her classes, often in the form of a field trip. Daina promises students "You'll never look at the Earth the same way again!"

Daina teaches Physical Geology, Historical Geology, Volcanoes & Their Activity, and Regional Field Geology, which includes a week-long field trip. She also teaches a geoscience-based Watersheds course for the Natural Resources program, which is not part of the Geoscience program. 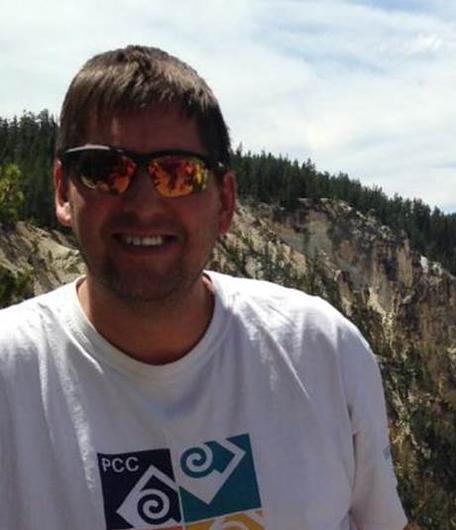 Andy worked for five years as a consulting hydrogeologist for a civil engineering firm in Brookfield, Wisconsin, then taught freshman Earth Science for thirteen years and junior & senior level Astronomy for four years at West Bend West High School in Wisconsin. Bill Nye once presented him with an award in a national lesson plan competition regarding the Mars rovers.

Andy is the Subject Area Committee chair for the Geology & General Science Department at Portland Community College and has served as an affiliate to the Oregon Space Grant Consortium for four years. 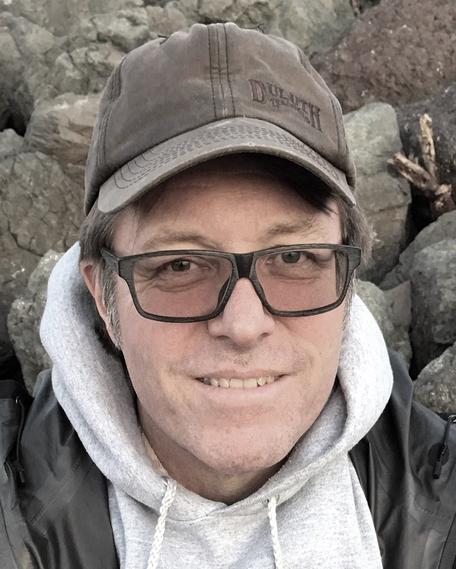 Eriks enjoys teaching across the Earth science disciplines and hopes to teach a climate change course soon. In 2015 he became the co-chair of the Department of Sciences, Health, and PE. He has been a longtime member of the College's Degrees and Certificates committee. Eriks' teaching has become more focused on regional/local geology, and he challenges himself and his students to uncover the geologic stories within walking distance of his campus.

Institution: Mt Hood Community College has its main campus in Gresham, Oregon, about 15 miles east of Portland. Fewer than half of its ~9,000 students are between 18 and 24 years old; 46% are 25 years or older.

Geoscience program: The geoscience program at Mt. Hood Community College is made up of one full-time faculty and one adjunct faculty. Geology at Mt. Hood Community College is within the Science Division and could be considered its own department. It offers courses in Physical Geology and Historical Geology. A Watersheds course is offered in Natural Resources.

The geoscience program serves ~300 students/year. Many students take the courses to fulfill a science requirement. There are approximately 2-3 geoscience majors per year, more than half of whom are female.

Institution: Portland Community College is a two-year college that is the largest higher education institution in Oregon. It has four campuses and seven centers that serve about 90,000 students (57,000 in credit courses). The student body has an average age of 32, although 38% are under 25 years of age. The division/department structure is different at each campus. PCC has three full-time instructors and fifteen part-time instructors across all of its campuses.

Campus:The Rock Creek Campus is about 12 miles west of downtown Portland in the Beaverton-Hillsboro area. It serves more than 23,000 students and has neighboring farm and wetland areas. Thirty-two percent of students enrolled at Rock Creek take classes solely through distance learning.

The geoscience program at Rock Creek has students from many different ethnic backgrounds ranging from high school age to retirees returning to college out of personal interest. Typically there are 27 sections taught by three permanent faculty and 15 adjunct instructors who each teach between three and eight sections throughout the year. Each section has a maximum of 28 students. Most students take geoscience courses because many of the courses are four credit lab-sciences, which satisfies the requirements for associate transfer degrees. There are a small handful of future geology majors each year, most of whom eventually attend Portland State University. At PCC, there is no official majors designation, although it is being considered.

Campus:The Southeast Campus is the smallest of the four campuses, serving over 11,000 students annually. It is about five miles from downtown Portland.

Geoscience program: In the geoscience program at PCC- Southeast, one full-time and 3 adjunct instructors offer Physical Geology, Historical Geology, Ocean Science, Meteorology, Geology Field courses, Pacific Northwest Geology, and Volcanoes & Earthquakes. There are typically 1-5 students interested in a geology major each year. Geoscience is generally within the Sciences, Health, and PE Department, which is part of the Sciences, Math and Career Technical Education Division. A GIS certificate program is administered by the Geography Department and Environmental Science is offered through a separate program.

Institutional demographic data is from IPEDS, the Integrated Postsecondary Education Data System, U.S. Department of Education, typically for the 2014-15 year as available.