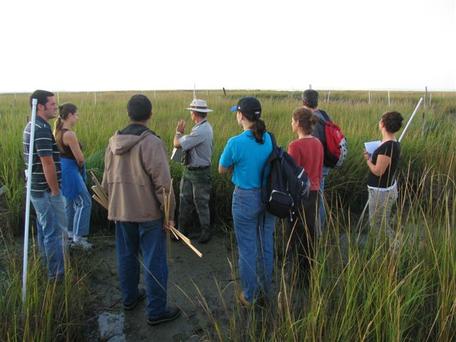 School of Earth and Environmental Sciences

The information on this page was provided by Allan Ludman, Chair of the School of Earth and Environmental Sciences at Queens College, CUNY, and compiled by Carol Ormand in 2010.

History of the School

In the late 1990's, the President of Queens College, CUNY, wondered about the relevance of a Geology Department for students at an urban institution. At the same time, however, he recognized a strong desire among students to study environmental science and related social issues. Instead of trying to convince the administration of the value of a traditional Geology degree, the Department chose to restructure and redefine their programs, taking advantage of student interest in, and administrative support for, environmental science. In 1997, they formed the School of Earth and Environmental Sciences. 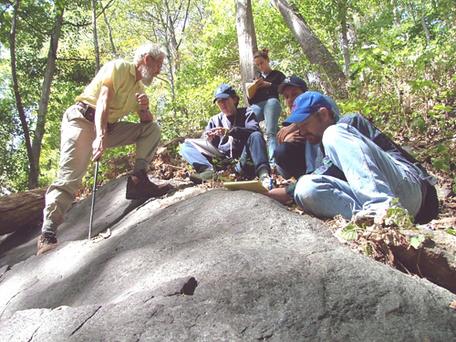 Prior to restructuring, the Geology Department had 45 Geology majors. In 2010-2011, there are 57 Geology, 50 Environmental Science, and 17 Environmental Studies majors. SEES has grown from ~8 Masters students to a combined total of 35 Masters and Doctoral students. The School serves 1000-1100 general education students each semester in introductory Geology and Environmental Science courses.

New faculty members hired since the formation of the School focus on biosphere/geosphere interactions, with specialties in ecology, microbiology, the carbon system, and climate modeling. These new faculty members include marine biologists, microbiologists, biogeochemists, meteorologists, and soil scientists, most of whom don't teach geology courses. But the synergy inherent in having the breadth of environmentally-oriented researchers and teachers under a single roof has been extremely rewarding and productive, and has led to strong institutional support at the highest level and valuable publicity.

With a growing focus on Environmental Science, the School has been able to make itself indispensible to city, state, and federal agencies, as well as to some NGOs. For example:

Because the School is so broad, they look carefully at the background of each applicant to our graduate programs. Many come with a traditional Geology background, some from Environmental Science or Environmental Studies programs, and others from allied sciences. Many in the last category want to apply their biological background to environmental issues and feel thwarted by the cellular/molecular emphases of their baccalaureate departments.

We take a serious Earth Systems approach to all of our programs and recognize that the Earth is the common theme for all of our programs. Therefore, students entering without any Geoscience background take a year-long survey course that covers much of the same material as an introductory undergraduate year, but at a much deeper level and emphasizing connections to the environment. This prepares them to build on their existing strengths and move in new directions.

As a result of these changes, the Geology Department has survived several budget crises (so far). SEES has doubled the number of majors and become prominent in campus publicity and alumni campaigns. But there's more to come. The policy-focused Environmental Studies program currently has about a third the number of majors as Geology or Environmental Sciences. Working with Urban Studies, the School of Earth and Environmental Sciences is revising the Environmental Studies program, and anticipate it will grow enormously in the light of current student interest -- with the social sciences doing most of the heavy lifting.