The Value of Geoscience Education

When you need to explain the vital role of geoscience, from developing a broad understanding of humans and the Earth to geoscientists' role in the workforce, these resources can help. 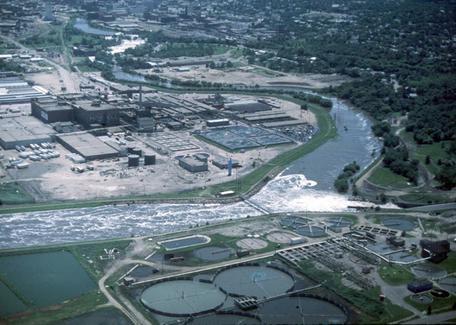 Jump Down To: Educating the General Population about Environmental Challenges | Preparing Future Geoscientists to Address These Challenges | Workforce Opportunities | Preparation for a Broad Range of Careers | References & Additional Readings

The Role of the Geosciences

Critical Needs for the Twenty First Century: The Role of the Geosciences details seven critical needs followed by national policy actions to help the nation meet these needs. As the American Geosciences Institute writes, "With a burgeoning human population, rising demand for natural resources and a changing climate, it is critical to more fully integrate Earth observations and Earth system understanding into actions for a sustainable world. The geoscience community stands ready to help deal with these challenges." Surprisingly often, however, we still need to get the message out that geosciences can play an essential role in addressing these global challenges.

At the Global Level

Geoscience is "vital to understanding crucial global threats in the coming century: shortages of water (potable and otherwise), declining availability of fossil fuels, coastal inundation, the literal collapse of ecosystems, and of course, global warming—to name the obvious" (Bralower, Feiss and Manduca, 2008). These growing environmental challenges make understanding geoscience critical to understanding regional and global economic and political issues. The combination of global climate change and population growth threaten the stability of agricultural systems, "with particularly strong impacts in tropical and subtropical regions that include a large portion of the developing world" (Bralower, Feiss and Manduca, 2008).

Educated citizens need to understand the challenges posed by these environmental changes, in order to make informed choices, both individually and collectively. As Marcia McNutt emphasized in her testimony to the U.S. Senate at her confirmation hearing for the position of Director of the U.S. Geological Survey, "This nation is facing important decisions concerning future uses of its precious resources: water, energy, and environment. We are increasingly at economic risk from natural hazards. The challenges associated with climate change must be better understood.... Science is not the only factor in decision making, but it needs to be one of the factors" (McNutt, 2009). The Earth Science Literacy Initiative, funded by the National Science Foundation, describes what all Americans should know about the Earth Sciences.

At the Local Level

These challenges are not abstract problems, faced by strangers on the other side of the planet. Every community needs access to clean water, clean air, and energy resources. Global climate change will impact all of us, as sea levels rise, storm activity increases, and food production changes with agricultural zones.

This newscast clip illustrates just one of many ways geoscientists' knowledge of environmental processes can be important to a local community: Polk County Tennessee Rockslide Nearly Kills Road Crew.

While an educated citizenry is essential to wise decision-making on a societal level, a general understanding of the challenges we face will not be sufficient. In order to maintain the standard of living to which we have become accustomed, we will need a group of creative problem-solvers who understand these problems at a very deep level, working to solve them. These problem-solvers of tomorrow are the geoscience majors of today. For example, the Terrascope course at MIT requires students to design an engineering solution to a geoscience-related problem. In the process, they develop a deep understanding of the complexity of Earth systems (Hodges, 2007).

Addressing such complex, globally pressing "grand challenges" requires an interdisciplinary approach (Barron, 2007). Geoscience is, at heart, an interdisciplinary endeavor, applying computer models, mathematics, biology, chemistry and physics to the study of the Earth system. An education in geoscience is, therefore, excellent preparation for studying these "grand challenges." Furthermore, geoscientists are committed to addressing these challenges (IUGG, 2003; NSF, 2000 ; NRC, 1999).

These challenges represent opportunities in the geoscience workforce. As the American Geosciences Institute's 2009 Report on the Status of the Geoscience Workforce states, "Employment projections from the Bureau of Labor Statistics indicate an overall 19% increase in all geoscience jobs between 2006 and 2016. The increase varies among industry with the professional, scientific, and technical services industry having the highest increase in geoscience employment (47%). However, trends in the supply of new geoscience graduates have not increased over the past 10 years, and there is no indication that they will increase to meet the projected demand of geoscientists by 2016.... In oil & gas companies, which typically offer the highest salaries of all geoscience employing industries, the supply of new geoscientists falls short of replacement needs.... By 2030, the unmet demand for geoscientists in the petroleum industry is expected to be approximately 30,000 workers."

Clearly, there is a need to educate the next generation of geoscientists, simply to meet the hiring needs of existing industries in the coming years.

Preparation for a Broad Range of Careers

As Barb Tewksbury pointed out in a presentation at the 2007 workshop on Strategies for Successful Recruitment of Geoscience Majors, an undergraduate degree in geoscience provides students with a wealth of skills that can be transferred to a broad range of careers. These skills include problem-solving, evidence-based thinking, systems thinking, oral and written communication, teamwork, and so on. These skills help students who pursue their futures via medical school, business school, or just about any other career track.