How Does This Reflect "Out There"

Go back to the beginning of this presentation by Chris Keane of the American Geological Institute.

The statistics for the other 99.95% of the geoscience economy 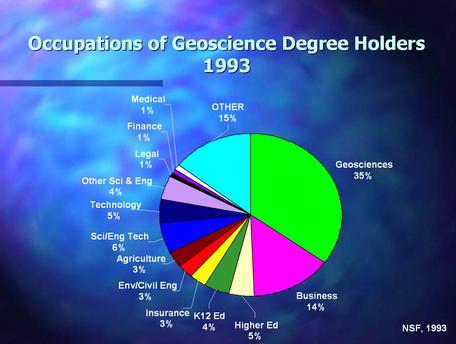 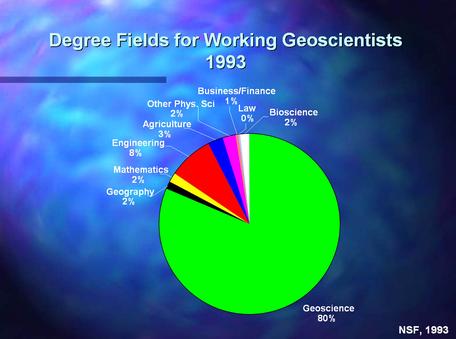 ×
Hide Caption
Graph of the fields of professional geologists in 1993 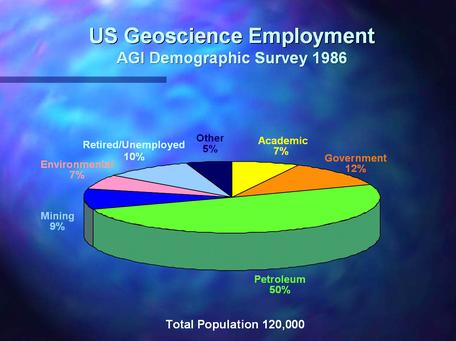 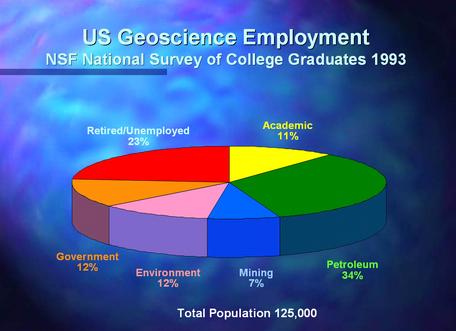 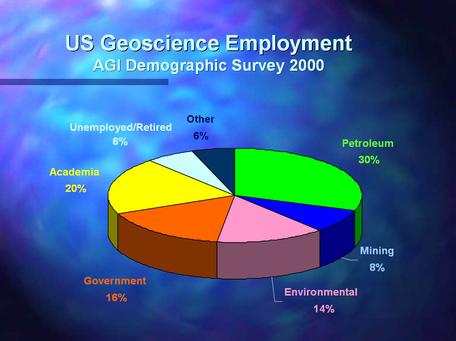 Of important note is that since 1990, the level of employment by Petroleum, Mining, and Environmental have remained fairly steady—which is not the same as the trend of what geoscience students are studying? Is the supply line out of whack on a specialty basis? 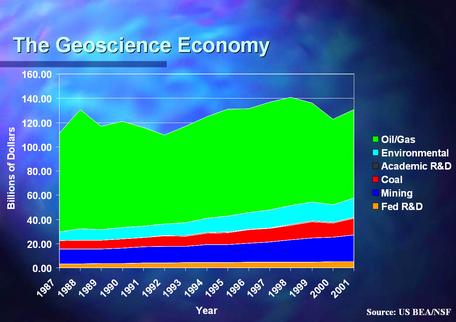 One way to see how we are doing is to look at the PRIMARY economic contribution of geoscientists to the US economy. This does not include secondary and derivative measures, but looks squarely at the value returned by the 125,000 geoscientists in the US today. In the end, oil and gas is the big player—and please note that this chart ends when oil was $15/barrel. The numbers would be very different today and hard to even visualize. Of second note is that the economic contribution of academic R&D (NSF, NOAA, NASA, etc) grant to university departments is almost negligible in the bigger picture. This is an important issue to be cognizant about when arguing for increased funding. 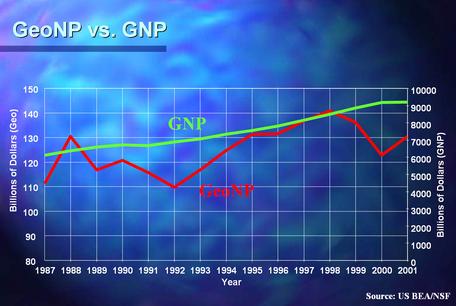 Here we can look and see how the geoscience trend compared to the overall GNP. In general the geosciences have kept pace with the national GNP.