The Great Sioux Nation's territory was originally recognized through the 1868 Fort Laramie treaty. Following the Native American's victory at the Battle of the Little Big Horn, the government enforced the Sell or Starve Bill of 1877 in order to gain control of the gold-rich land. When the Lakota proceeded to starve rather than sell their land, the government began to divide up the land through the Allotment Act of 1888. The Great Sioux Nation was divided into 160-acre plots per individual. Their land was again reduced the following year through the Act of 1889. These practices continued until the Lakota's land today is half what it was in 1889. The December 29, 1890 Massacre at Wounded Knee, led once again by the 7th Calvary, concluded in 300 Native American deaths. In 1890, a similar tragedy occurred at Wounded Knee. In 1973, with the American Indian Movement (AIM), armed occupation resulted in Leonard Peltier's conviction. 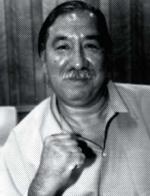 During his presidency, Bill Clinton's "tour of poverty" concluded with a two million dollar grant per year to be used towards Pine Ridge's Economic Empowerment Zone. However, President George W. Bush cut the funding by half a million. Since 1975, government funding for Native American programs has steadily declined (On Pine Ridge, a String of Broken Promises (more info) ).

Although mining operations have ceased, Homestake Mine is far from extinction. In 1965 physicist Raymond Davis discovered neutrinos within the mine shaft. This discovery earned him a Nobel Prize in 2002 and prompted much research. Supporters believe Homestake Mine would make the ideal scientific laboratory as it contains 500 miles of tunnels underground. Barrick Corporation has owned the mine since 2000, and was initially satisfied to donate the mine for the national laboratory experiment. Recently, however, they have been hesitant due to the possibility of being held responsible for environmental or health impacts that may result (Eureka (more info) ).

Show resources about the Neutrino Experiment