Climate and Biota of the Pine Ridge Reservation 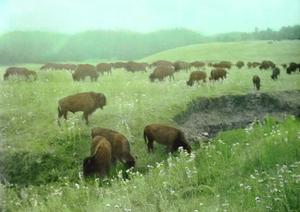 Pine Ridge is located in the Great Plains region which encompasses the nation's largest grassland biome, producing nearly a quarter of the nation's agricultural crops and livestock. The varying topography of the Black Hills allows for an abundance of flora and fauna.

In this area, the western species of ponderosa and limber pine coexist with the eastern species of burr oak and American elm. Although rare in this part of the United States, the paper birch, quaking aspen, and white spruce can also be found here. 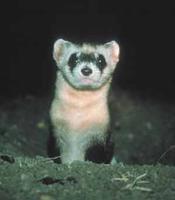 In South Dakota, the pine marten and fringe-tailed myotis bat are endangered species that are unique to the Black Hills. The fauna of the Badlands includes cliff swallows, bighorn sheep, and deer. Although endangered, the black-footed ferret is common here (An Educator's Guide to South Dakota's Natural Resources ( This site may be offline. ) ). For more detailed descriptions on the flora and fauna of South Dakota, click here ( This site may be offline. )

Flora and Fauna of South Dakota

Resources about the flora and fauna of South Dakota

Show resources about the flora and fauna of South Dakota

Climate of the Pine Ridge Reservation

Resources about the climate of the Pine Ridge Reservation

Show resources about the climate of the Pine Ridge Reservation