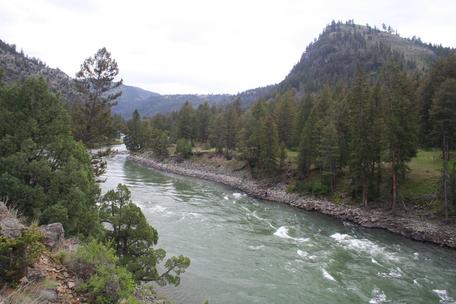 ×
Black Canyon of the Yellowstone

Provenance: Dave Mogk, Montana State University-Bozeman
Reuse: This item is offered under a Creative Commons Attribution-NonCommercial-ShareAlike license http://creativecommons.org/licenses/by-nc-sa/3.0/ You may reuse this item for non-commercial purposes as long as you provide attribution and offer any derivative works under a similar license.
Yellowstone National Park offers an amazing array of geologic features--hot springs, active tectonics, Eocene and Quaternary volcanism--and a largely unexplored sequence of Precambrian rocks along its northern border and adjacent exposures in the rugged Beartooth Mountains of Montana and Wyoming. The Evolution of Precambrian Rocks of Yellowstone National Park (YNP) REU site project provided a complete research experience for students in three major components: 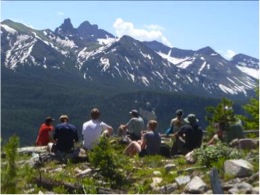 Provenance: Dave Mogk, Montana State University-Bozeman
Reuse: This item is offered under a Creative Commons Attribution-NonCommercial-ShareAlike license http://creativecommons.org/licenses/by-nc-sa/3.0/ You may reuse this item for non-commercial purposes as long as you provide attribution and offer any derivative works under a similar license.
The Precambrian rocks that occur along the northern margin of Yellowstone National Park reside in relative obscurity, compared with the more charismatic geologic interests related to hot spot volcanism, active tectonics, and life in extreme environments. Nonetheless, these rocks are an important component of the Yellowstone GeoEcosystem, and represent a missing chapter of the overall natural history of the Park. In addition, these basement rocks occupy a large unknown region in our long-term research program to characterize the petrogenesis and evolution of the Precambrian rocks of the Wyoming craton, including surrounding areas such as the Beartooth Mountains (Mueller et al., 1998, 2005; Mogk and Henry, 1988; Mogk et al., 1988, 1992, ) and Archean-cored Laramide uplifts in regions to the west (Madison Range, and Tobacco Root Mountains; Mueller and Frost, 2006; Mogk et al., 1992; Mueller et al., 2004; Mogk et al., 2004).

Some of the key research questions that were addressed include:

The scientific objectives of this REU site project contributed to the scientific research base on the natural history of YNP and to a broader research initiative that seeks to characterize the petrogenesis, architecture, and evolution of the Wyoming craton. However, the scientific results were closely tied to the student research experiences. For a summary of the scientific results, and the professional development program designed for the REU students, see Origins of a Continent (Acrobat (PDF) 2MB Feb9 13) published in Yellowstone Science in 2012.

Research papers and presentations that were an outgrowth of this project include: 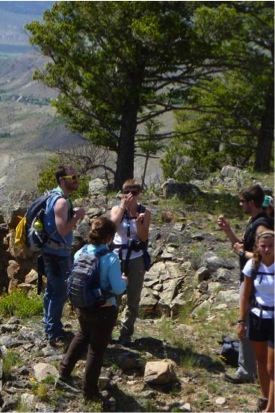 Provenance: Dave Mogk, Montana State University-Bozeman
Reuse: This item is offered under a Creative Commons Attribution-NonCommercial-ShareAlike license http://creativecommons.org/licenses/by-nc-sa/3.0/ You may reuse this item for non-commercial purposes as long as you provide attribution and offer any derivative works under a similar license.

During the 2010-2011 project, students spent a month in the summer mapping and sampling in the Precambrian rocks exposed in the northern part of Yellowstone National Park. This work focused on the metasedimentary rocks exposed in the Black Canyon of the Yellowstone (provenance and tectonic setting of deposition), the structural and metamorphic history of the area, the geochemistry and geochronology of two granitic plutons and related mafic intrusions, and complex field relations observed at Garnet Hill and in the Vantage Butte areas. Students subsequently contributed to analytical work (whole rock geochemistry, geochronology and thermochronology, electron microprobe analysis), and presented their findings at the 2011 Geological Society of America joint meeting of the Rocky Mountain and Cordilleran Sections (in Logan, UT, May 18-20). You can see the results of this project in the following Powerpoint files of the posters that were presented:

Evolution of the Precambrian Rocks of Yellowstone National Park: 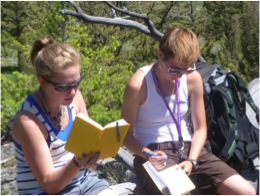 Provenance: Dave Mogk, Montana State University-Bozeman
Reuse: This item is offered under a Creative Commons Attribution-NonCommercial-ShareAlike license http://creativecommons.org/licenses/by-nc-sa/3.0/ You may reuse this item for non-commercial purposes as long as you provide attribution and offer any derivative works under a similar license.

During the 2011-2012 field season, students spent two weeks mapping and sampling the diverse suite of metaigneous rocks exposed in the Slough Creek area. These rocks included compositional varieties ranging from granite to diorite, with minor amphibolite or metesedimentary inclusions. A major shear zone was defined along the Yellowstone River east of Garnet Hill. We also spent two weeks in the Cooke City area just east of YNP to continue our investigations of the metaigneous rocks. Samples were collected from the Broadwater River area to the east along the Beartooth Highway up to Beartooth Lake. A suite of Precambrian rocks was collected along the Beartooth Highwy for U/Th-He dating of apatites to determine uplift rates of the Beartooth Mountains. All students had the opportunity to do geochemical/geochronologic studies at the University of Florida. The results of this work were presented at the 2012 Geological Society of America Rocky Mountain Section meeting in Albuquerque, NM May 9-11. The Powerpoint files of the posters that were presented cab be accessed below:

Reports on the REU Project Design and Student Learning Outcomes

The REU experience was used as part of our continuing interests in research in learning in the geosciences, particularly in the field environment. The following presentations were made at national and international meetings of professional societies:

Our assembled research team has worked together on the genesis and evolution of the Precambrian crust of the northern Wyoming Province for over thirty years. These researchers bring a wealth of experience to this project, using a multi-faceted approach that integrates field studies, petrologic investigations, structural geology geochemical analysis, and geochronology and thermochronology. Together, we all bring great experience in analytical studies, and we all share a love of working in the field. The instructors of this field project include: 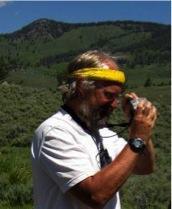 Dave Mogk; Professor of Geology, Dept. of Earth Sciences, Montana State University. He has been working in the Archean basement of Montana for thirty years, starting with his dissertation in the North Snowy Block of the Absaroka Range, and continuing across the Beartooths, Madison, Tobacco Root, Gravelly, Highland, and Little Belt Mountains. He is a metamorphic petrologist, with allied interests in structural geology (ductile deformation) and geochemistry. 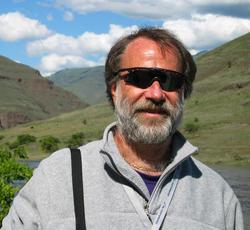 Darrell Henry; Professor of Geology and Geophysics, Louisiana State University. He has worked in the Beartooth Mountains and surrounding Archean basement for thirty years as well as a variety of metamorphic terrains from NW Maine to the Mojave Desert, California. He is a metamorphic petrologist with interests in the development and applications of quantitative thermobarometry to tectonic problems. His other research interests focus on the characterization of detrital minerals, particularly tourmaline, to interpret provenance and geologic history of a wide range of geological settings. 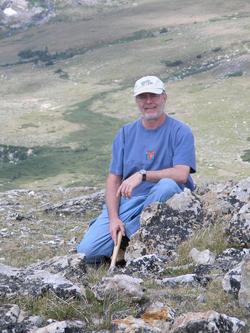 Paul Mueller; Professor of Geology, University of Florida. He is a geochemist and geochronologist with long-time interests in Archean crustal genesis and evolution. Primary research activities involve application of whole rock geochemistry (major and trace element), and isotope systematics (geochronology and isotopic tracers) to the processes and history of crustal evolution. 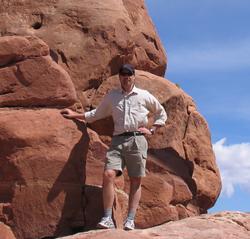 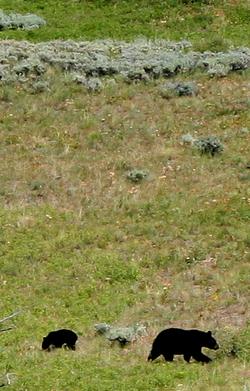 Jablinski, J., and Holst, T., 1990, Deformational history of Archean metasedimentary rocks of the Beartooth Mountains in the vicinity of the Mineral Hill Mine, Jardine, Montana, Jour. Geol., v. 100 no 5, 561-578.

Special thanks to YNP staff, Christie Hendrix, Stacey Gunther, Carrie Guiles, Bridgette Guild and Hank Heasler for their support and encouragement and interest.