"What does paleontology really matter anyway? For one thing, the fossil record can be a powerful mirror reflecting back to us our evolutionary future. There are sobering lessons to learn from the past. The possibility of mass extinction, of the sudden, rampant destruction of large hunks of the biota, and the implications of this for the fickle quality of life such as we know it would not be readily evident without paleontologists and their fossil record." Michael Novacek Time Traveller (p.320) 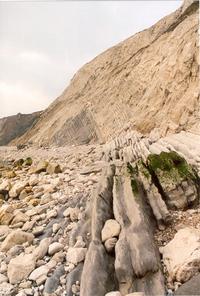 Topics such as preservation, biomolecules, and tracks and traces have consistently been the subjects of scientific and public interest. Papers on these topics have dominated paleontological conferences and publications in contemporary times. This module explores these topics and helps students learn about the research and researchers working in the field of paleontology.

The module explores the following topics: 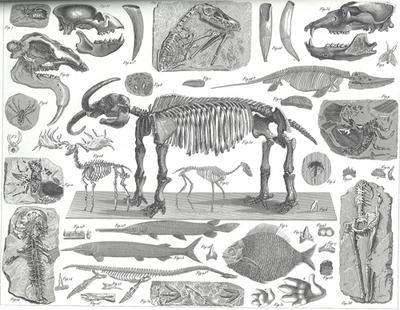 The Development of Paleontology

The science of paleontology was developed in the late eighteenth and early nineteenth centuries, stemming from new discoveries and advances in the understanding of anatomy, chronostratigraphy and evolution. Over the next two centuries, further scientific breakthroughs such as the discoveries of radioactivity, DNA, and plate tectonics helped paleontologists paint an increasingly complex picture of the history of life. Since the 1980's there has been a shift in the paleontological research focus towards understanding extinction, biodiversity, mechanisms of development and preservation, three-dimensional morphology and biogeography, often with the use of advanced technology. These advancements have led to exploration in areas that were previously the subject of speculation. This web site is dedicated to several areas of paleontological research that made interesting advances in the twentieth century and will continue to produce important results in the future.

This collection is part of the Integrating Research and Education project. Learn more about the project here.