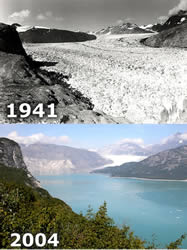 This event has already taken place.

Join in the discussions about this topic.


Time - 10:00 am Pacific | 11:00 am Mountain | 12:00 pm Central | 1:00 pm Eastern
Duration - 1 hour. The presentation will be 45 minutes, followed by 15 minutes of discussion.
Format - Online web presentation via phone and Elluminate web conference software with questions and answers following.
Webinar goal - Assist educators of climate science in identifying the most common misconceptions of climate change and in developing strategies for how to handling these in classroom learning.
Registration - There is no registration fee, but registration is required to save a space (and because space is limited to 20, be sure you can commit before registering). Registration closes when the spaces fill or one week before each event, whichever comes first.
Contact - For questions contact Karin Kirk or Katryn Wiese (kkirk at carleton.edu or katryn.wiese at mail.ccsf.edu).

There is no shortage of misconceptions, misinformation and inaccuracies within the topic of climate change. Along with teaching evolution, climate change remains one of the most highly controversial topics in today's science classroom. This presentation will identify common misconceptions held by students and will offer pedagogic strategies for handling various types of misconceptions in the college classroom. During the discussion portion of the session, participants will be encouraged to share their own techniques that have been successful.

Dr. Buhr directs the Education Outreach program of the Cooperative Institute for Research in Environmental Sciences (CIRES) at the University of Colorado. Susan enjoys the opportunity to learn about a wide variety of science topics through education work, and the opportunity to work with educators, students, geoscientists and social scientists. Dr. Buhr is one of the lead-PIs on the CLEAN project and she leads professional development workshops for science teachers who teach climate change.

Screencast from the webinar (Quicktime Video 584.8MB Jan21 11) - includes audio from the session

Join in the discussions about this topic.

Teaching Climate Literacy and Energy Awareness - From the CLEAN project, this page describes using a literacy-based approach to provide a sound foundation to build learners' understanding of these topics.

Skeptical Science - This website offers succinct explanations to many of the misunderstood aspects of climate science.

Earth Science Misconceptions - by Kent Kirkby, University Of Minnesota, with additions provided by participants in the session about misconceptions at the Teaching Introductory Geoscience workshop.

Global Warming's Six Americas 2010 - This update to the original study, documents shifts in Americans' views on a range of climate change issues.

Knowledge of Climate Change Across Global Warming's Six Americas - Results from a national study of what the American public understands about how the climate system works, and the causes, impacts and potential solutions to global warming. Published January, 2011.

References that came up during the webinar

Show a list of references and URLs from the webinar

Two types of publicly controversial topics ( This site may be offline. )

Balance as bias: global warming and the US prestige press pdf file
This article makes a very clear case that the media's attempt to provide a balanced view of the topic has created imbalance by elevating the voice of a small amount of dissenters.

There is also a newer article by the same authors as the one above, this article examines why the bias is so prevalent and how journalism principles propagate the bias.

Show selected references from the literature

Boon compared Australian high school sophomores' and pre-service teachers' understanding and knowledge of climate change. Data were collected by way of a questionnaire that contained both multiple-choice and open-ended questions. The findings indicated very low levels of understanding and knowledge. In the article, Boon highlights some "highly unreasoned explanations" (p. 114) that pre-service teachers gave with regard to the function of the ozone layer. One participant wrote that "the ozone layer creates Earth's atmosphere-oxygen gravity" (p. 114). The author writes that the students ideas might reflect misconceptions among the general public or an imprecise use of language. Whatever the reason, both the secondary and the post-secondary students were found to have inadequate understandings of climate change.

Cordero surveyed first-year undergraduate students with regard to their ideas about ozone depletion and global warming. He first collected data at the beginning of an introductory atmospheric science course. Next Cordero administered a survey about the ozone hole, skin cancer, and the relation between ozone depletion and global warming. Many misconceptions were found through analysis of the survey instruments. Two main misconceptions were identified: students believed the ozone hole is over Australia, and they believe that the ozone hole occurs during summer. These main misconceptions seem to have led to many other incorrect ideas that were evidenced in the students' responses, such as an idea that Australia's high rate of skin cancer is related to ozone depletion. The author recommends that teaching materials be developed to address students' misconceptions.

In this study, researchers examined environmental science ideas held by Maltese college students. An important concept of this study is that people construct conceptual frameworks to help them understand ideas, and those frameworks may include errors. Participants had all taken an environmental science course prior to the beginning of the study. Data collection methods included a questionnaire, in-depth group interviews, and individually-drawn concept maps. Global warming and ozone depletion were the focus of the study. The researchers found that the college students had an understanding of basic science with correct factual information. The students also demonstrated, however, a disjoint in their understanding of climate concepts. The participants created their own, incorrect frameworks to explain stratospheric and tropospheric ozone. Researchers concluded that the students lacked an understanding of complex scientific concepts, so the understanding and reasoning they constructed were erroneous.

Undergraduate students commonly have misconceptions about climate, and this study examined one way to address and eliminate some of those misconceptions. Participants worked individually to complete four computer-based data analysis exercises in a one-week time period. The first three exercises were designed to address ideas about the greenhouse effect, stratospheric ozone, and tropospheric ozone. The fourth exercise was intended to synthesize the material. Three assessment surveys were completed: one before the exercises, one immediately after all four exercises were completed, and a final one after students had also participated in group discussions and heard a lecture. As compared to the first assessment, the second assessment showed that 10-20% more of the students had mastered learning objectives. After the third and final assessment, 30-60% more of the students mastered learning objectives.

This article reports on a study of pre-service elementary school teachers (currently undergraduates) at a midwestern university in the US and their misconceptions about three environmental problems. The purpose of the study was to determine the whether future teachers have misunderstandings because those misunderstandings are likely to be passed on to their students later. The researcher administered a survey that collected qualitative and quantitative data about the undergraduates' ideas about the greenhouse effect, atmospheric ozone, and acid precipitation. The findings indicated that the pre-service teachers held many misconceptions and had inadequate knowledge of the three assessed concepts. For example, participants mistakenly believed that the greenhouse effect and ozone depletion are related and have a causal relation; they believed that acids have higher a pH than bases; and they believed that pollutants like car exhaust can destroy the stratosopheric ozone. Though the study's author believes that a required course in environmental education could be useful, Khalid cautions that the course may not be adequate for helping pre-service teachers to understand complex concepts and relations among concepts of environmental issues. Khalid recommends that professors of pre-service teachers use (i.e., demonstrate) the innovative teaching methods they describe in class and that all pre-service teachers take at least one environmental science course.

This report is a case study of undergraduate students in the U.K. who were presented one of two items. The first group was shown the film "The Day After Tomorrow," which the report describes as a "vicarious experience" of climate change. The other group was given a compendium of scientific literature relating to climate change. Through questionnaire, the researchers found that most participants view climate change as violent and catastrophic, and participants showed some distancing. No significant differences were found between the two treatment groups. Researchers concluded that participants' fear was greater than their ability to cope, which triggered a defensive, distancing response. This is concerning because it is likely to have a negative effect on risk perception and decision making.