The Fracking pcMEL engages students in a scientific discussion around the topic of whether or not there is a relation between hydraulic fracturing (fracking) operations and increases in moderate magnitude earthquakes in Midwestern US. With increases in fracking operations, it is important for students to understand how to weigh the connection between evidence and alternative explanations about associated phenomena. This particular MEL does not have an overwhelming scientific consensus that favors one model over another. By having the students critically analyze both models with respect to the evidence presented to them, students are engaging in a current scientific debate.

Provenance: EPA
Reuse: This item is in the public domain and maybe reused freely without restriction.
Below are links to resources that will help students use the Fracking pcMEL and learn more about fundamental scientific principles related to this issue.

This article provides an introduction to the Fracking pcMEL plus suggestions from classroom use including management tips and specific areas in which students might have difficulties and suggestions for assisting students with their understanding, such as providing additional background information and hands-on investigations. 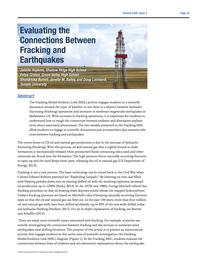 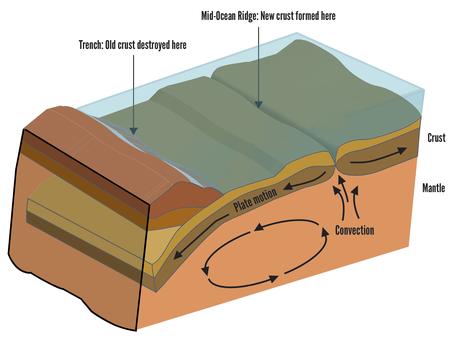 Provenance: Science Learning Research Group, Temple University & NESTA
Reuse: This item is offered under a Creative Commons Attribution-NonCommercial-ShareAlike license http://creativecommons.org/licenses/by-nc-sa/3.0/ You may reuse this item for non-commercial purposes as long as you provide attribution and offer any derivative works under a similar license.

When the Fracking MEL was first introduced to the students, it was became clear that the geologic processes involved in fracking were unfamiliar to most. This introductory background reading was developed to assist students.