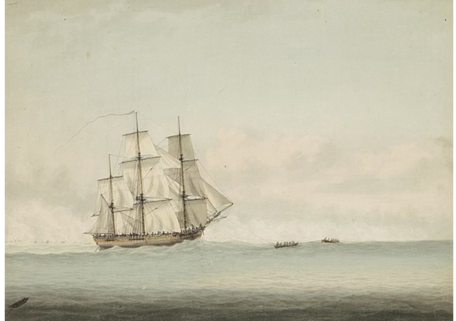 This set of GeoContext slides addresses how the founding of the field of oceanography was entwined with British colonialism. The slides cover the expeditions led by James Cook in the mid 18th century, the legacy of which includes advances in cartography and new standards of care for men at sea, but also the colonization of Australia and New Zealand. A century later, in 1872, the HMS Challenger Expedition set sail to circumnavigate the globe and survey the world's oceans. The expedition is often credited with founding the modern field of oceanography, but the slides also highlight the Challenger Expedition's strong links with British colonialist undertakings and that scientific mission included deeply racist ethnographic and anatomical studies. The Powerpoint slide deck is accompanied by a set of fully referenced teaching notes, which includes links to further reading.