Environments Without Oxygen can be found thought the Earth from places as unglamorous as a waste management plant to deep hydrothermal vents on the ocean floor. The commonality between these extremes is that they lack oxygen. Oxygen the gas that humans rely upon as one of the essential components for metabolism many microbes find toxic, these places are where life without oxygen can be found. 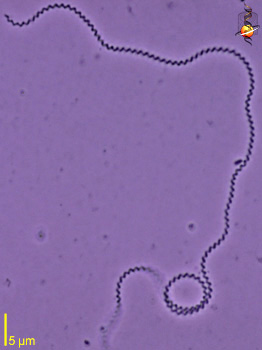 Environments Without Oxygen can be found in a variety of places. These environments are ones where oxygen is absent from the chemicals species in the system. The lack of Oxygen in these systems can be due to physical or chemical conditions, and the durations of anoxia can last from extremely long periods to short diurnal periods. Zones of anoxia exists as phenomena know as a dead zones. One location of a large zone of anoxia is the Dead Sea, the anoxic zone in the dead sea is caused by a lack of waters mixing due to density differences from salt concentration in conjunction with the decay of organic matter.

General Collection: News articles, web sites, and reference pages, providing information about the microbes that live in environments without water.

Advanced Collection: Contains content for professionals and advanced learners, this collection includes resources such as journal abstracts and articles, academic reviews, and bibliographies.


The complete collection of resources about microbial life in Environments Without Oxygen is now available.