One major way of increasing the resilience and adaptive capacity of agri-food systems in response to perturbations and shocks is to be certain they contain components with high levels of agrobiodiversity.

Here is a standard definition of agrobiodiversity:

Agricultural biodiversity...includes the cornucopia of crop seeds and livestock breeds that have been largely domesticated by indigenous stewards to meet their nutritional and cultural needs, as well as the many wild species that interact with them in food-producing habitats. Such domesticated resources cannot be divorced from their caretakers. These caretakers have also cultivated traditional knowledge about how to grow and process foods.. (which) is the legacy of countless generations of farming, herding and gardening cultures. 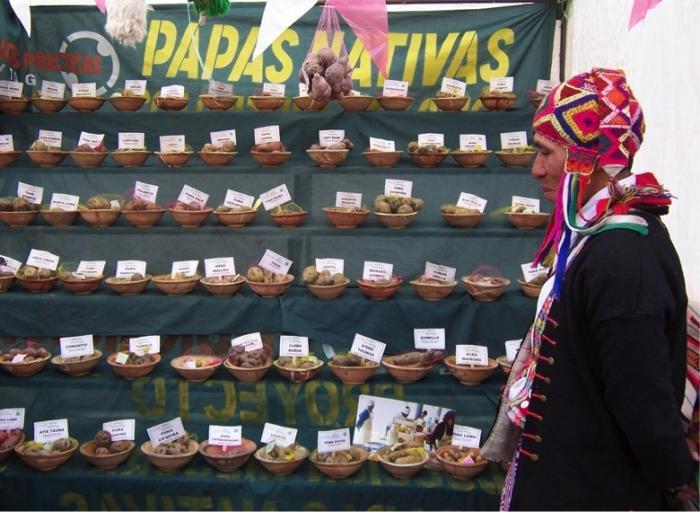 ×
Figure 11.1.7. A farmer-educator working with a Peruvian Non-Governmental Organization (NGO) presents several dozen native potato varieties from the department of Cuzco, Peru. In addition to showing the ingenuity of local potato selection and breeding by farmers, these varieties are part of a rich cultural heritage and social infrastructure, and a facet of adaptive capacity via agrobiodiversity.
Credit: Steven Vanek

There are two important points to note about this definition: 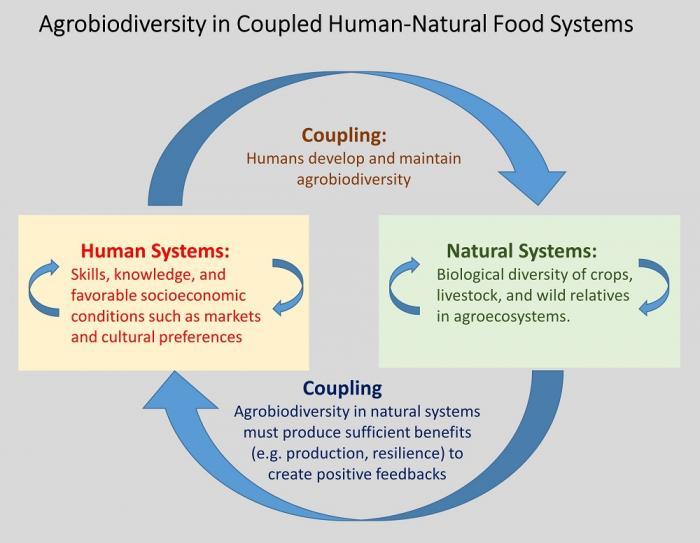 The growers of agrobiodiversity range widely around the world. They include the people of traditional and indigenous cultures who often live in more remote locations. Many of these people live in mountainous regions and hill lands of the tropics and sub-tropics. Their use of agrobiodiversity in agri-food systems is reflected in certain global centers of diversity, as shown in the map that we presented in Module 2 regarding the sites of crop domestication in the early history of food systems. Such centers are sometimes called "Vavilov Centers" in recognition of the pioneering contribution of the scientist Nikolay Vavilov in the 1920s. 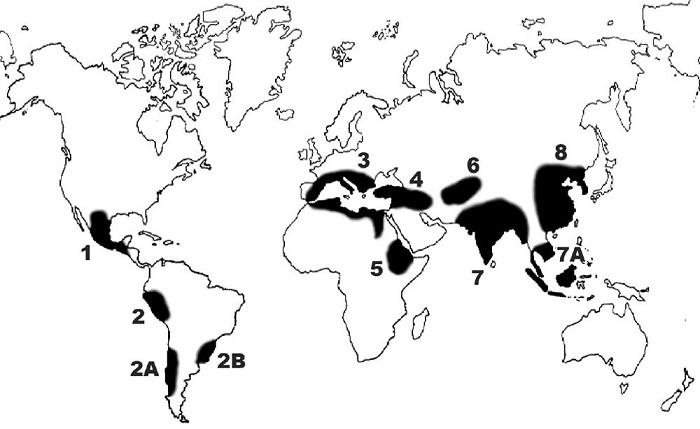 ×
Figure 11.1.9. Global areas of concentrated agrobiodiversity corresponding to the Vavilov &quot;centers of diversity&quot; introduced in Module 2.
Credit: used with permission from the Wikimedia Commons project

Increasingly it's recognized that significant agrobiodiversity also occurs outside the Vavilov Centers. For example, many urban and peri-urban dwellers grow small fields and gardens as part of local, small-scale agri-food systems. Producers of diversified production for local markets in North America and Europe are still another important group of agrobiodiversity-growers.

The extent of agrobiodiversity, in terms of crops and livestock, may vary from only a few types in a field or farm to many dozens. Agri-food systems with only a few types are quite important since they can confer significant resilience to perturbations and stressors. For example, cultivation of only a few types of barley, wheat, or maize ("corn" in the U.S.) among neighboring farms and communities can offer a much higher degree of resilience than the monoculture of a single type. 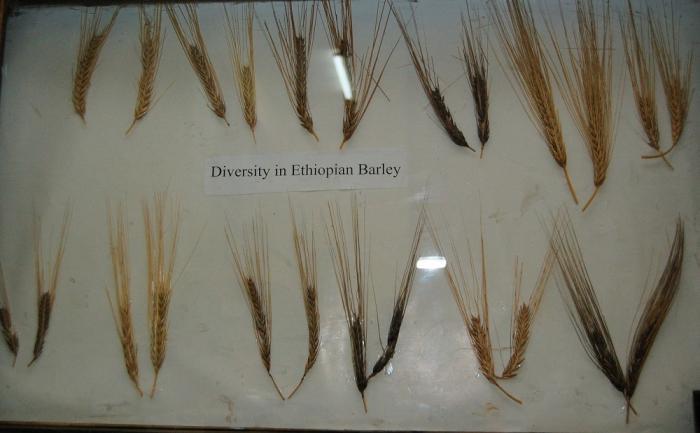 ×
Figure 11.1.10. A sampling of the many present-day native varieties or landraces of barley from that crop&#039;s center of domestication in Ethiopia.
Credit: Used with permission under a creative commons license from the Global Crop Diversity Trust

Equally important is the case of the megadiverse agri-food systems. In the potato fields of the Andes Mountains of western South America, for example, a farmer may grow as many as 20-30 major types of potatoes in a single field. (Figure 11.1.11). Here, in tha global "Vavilov Center" of the Andes mountains, high levels of agrobiodiversity are integral to the agri-food system as a result of factors in the human system (skills, knowledge, labor-time, cultural and culinary preferences) and the natural system (highly varied climate and soil conditions characteristic of tropical mountains). 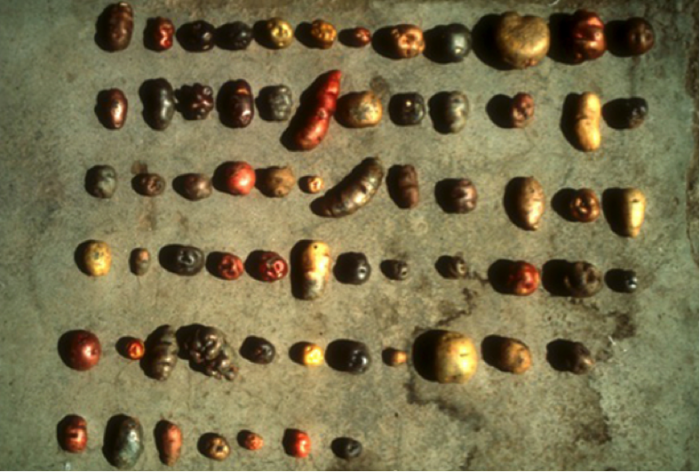