Ed Geary is Director of the Science, Mathematics, and Technology Education program at Western Washington University. In his current position he oversees the preparation of future science teachers and supports institution-wide improvements in undergraduate STEM teaching and learning. He has been an NSF program officer in the Division of Research on Learning in Formal and Informal Settings, directed the GLOBE program, and been a strong advocate for Earth and space science education for over 25 years. Ed has taught a variety of courses at three universities and has extensive experience with K-16 faculty professional development, organizational partnership building, and institutional reform. He is a Fellow of the American Association for the Advancement of Science and the Geological Society of America. 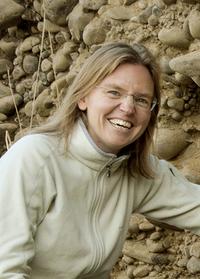 Anne Egger is an associate professor at Central Washington University (CWU), where she has a joint appointment in Geological Sciences and Science Education. In this position, she teaches courses for future teachers, develops curricula aligned with the Next Generation Science Standards, and supports curricular reform efforts across the university. She is on the leadership team of the InTeGrate project, where she led the development of teaching materials that highlight the role of Earth literacy in societal issues in teacher preparation and interdisciplinary settings. Within the National Association of Geoscience Teachers (NAGT), she is in the presidential track and leads the professional development committee. 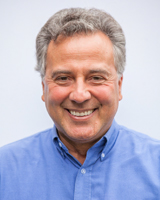 Stamatis Vokos is a professor in the Seattle Pacific University (SPU) Physics Department and directs the Physics Education Research Group at SPU. Dr. Vokos has also held positions at the University of Cyprus, the University of Washington, and at the Argonne National Lab and Lawrence Berkeley Lab. He has served on several committees of professional societies, including the American Association of Physics Teachers and the American Physical Society. His NSF-funded research focuses on the improvement of the teaching and learning of physics from K-20, especially on the topic of energy. His work also provides supports for effective K-12 curricula and formative assessment practices. In September 2016, Dr. Vokos will be joining the Physics Department at Cal Poly San Luis Obispo. 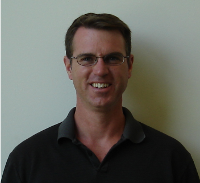 Dan has a joint Ph.D. in Research/Evaluation Methodology and Educational Psychology from the University of Colorado, Boulder. He currently directs an educational research and evaluation team at Western Washington University (WWU), and is the PI of a three-million dollar NSF grant that is examining how WWU prepares elementary teachers to teach science. Over the past 15 years, Dan has developed and conducted studies and evaluations for numerous organizations, including the National Science Foundation, Washington State OSPI, Washington State Higher Education Coordinating Board, and the Colorado Department of Education. In 2000-2001, Dan was the recipient of a prestigious Fulbright Scholarship, where he examined Norway's system of school-based evaluation. 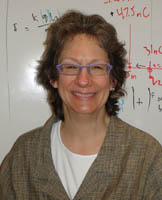 Sara Julin is a physics professor at Whatcom Community College who has been actively involved in implementation of reformed curriculum and development for 25 years. Her interests have included voyages along the microcomputer based integration of real time laboratory linstruction reform, metacognition research and instructional impact, curriculum development for undergraduate chemistry and geoscience implementing best practices. Believing in the extraordinary creative power of collaborative groups, Sara has been involved in collaborative research projects with Education and physics research at MIT, WWU, NDSU and University of Maine. Her current research is funded by NSF and is focused on the study of energy concept transfer by undergraduate students enrolled in non-major science course sequence of physics, geology, biology and chemistry. Her central interest is in using metacognition instruction integrated into physics courses to help improve deep concept understanding. 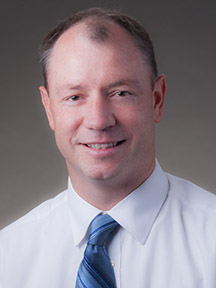 Gus Nollmeyer is an assistant professor of Education at Eastern Washington University. He has been an educator for over 15 years—teaching students from pre-k to graduate levels. As an elementary teacher, curriculum coach, HET model teacher, and now profession, Gus' love for science has driven his teaching. He is particularly interested in how teachers can and should integrate other subjects into science through project and problem based learning. He sees the NGSS as the perfect driving force needed to produce lasting changes. This, then is his message as he teaches preservice science methods classes and conducts PD with inservice educators. 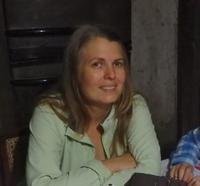 Roxane Ronca is a Visiting Assistant Professor at Western Washington University (WWU) and works in the Science, Mathematics, and Technology Education (SMATE) program and the Department of Mathematics, where her work focuses on the development of effective structures and pedagogies for general education and developmental mathematics. She has taught and developed math courses at WWU, and math, environmental science, and environmental policy courses at Prescott College in Arizona, as well as delivered K-8 professional development in content and pedagogy aligned to Common Core State Standards in Mathematics. She was a Program Manager for various programs in climate dynamics in NOAA's Office of Global Programs. 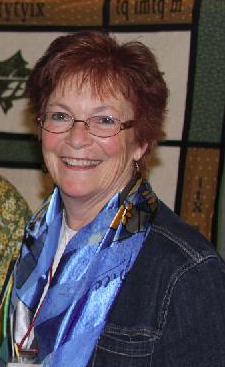 Ellen Ebert (Office of the Superintendent of Public Instruction)

Ellen Ebert is Science Director in the Teaching and Learning Program at the Office of the Superintendent of Public Instruction in Olympia, WA. She serves as President for the Council of State Science Supervisors. Ellen holds a PhD in Science Education and a MEd in Educational Technology. Her doctoral focus was on the relevance of science education to high school science students. She has bachelor degrees in Biology and German literature. She was honored to receive several awards including the Presidential Award for Excellence in Science Education. Ellen's current focus is on implementing the Next Generation Science Standards in Washington State.

Jacob Clark Blickenstaff is the program director at Washington State LASER, a state science-education program led by Pacific Science Center and Pacific Northwest National Laboratory along with the Office of Superintendent of Public Instruction, Educational Service Districts and school districts. In this role, he coordinates efforts across the state to implement the Next Generation Science Standards with fidelity. His primary interest is in leveraging networks of professional development providers, informal educators, state officials, and business supporters to provide research-based professional development to teachers and teacher leaders.