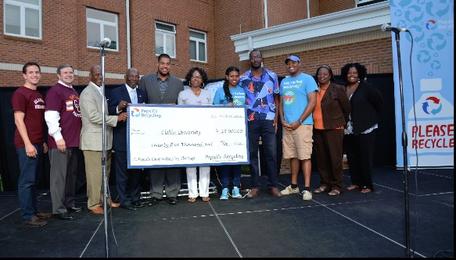 ×
Claflin University (CU) is a fairly small HBCU located in a predominantly rural area of the Southeastern U.S. The University plays an important role in the community, having served as a leader in initiating and conducting environmental activities (recycling efforts, learning, research, service, administrative operations) in past years. It has affirmed its commitment to grow, lead, innovate, and inspire other HBCUs and foster a community that sustains environmentally responsive practices.

Still, even within the University, students' interest in and knowledge of Earth Sciences has been limited. The Environmental Science major struggles to attract and retain its students. While the Biology major has one of the largest student body at CU, students' career plans rarely include areas related to sustainability. Most importantly, students majoring in non-STEM fields have almost no exposure to Earth Science content except for a few Geography electives.

Therefore, the major problem this project aimed to address was little or lack of exposure to Earth Sciences content that has inevitably lead to almost no interest in sustainability related careers among minority students already severely underrepresented in these fields.

The importance of this work is expected to be felt in the long run at the community level. Students attending HBCUs usually come from predominantly rural and economically challenged areas, being usually exposed to their final career choice during their undergraduate studies (Malhotra and Vlahovic 2011). Considering that the percentage of underrepresented minority geosciences graduates is still far below all national benchmarks (AGI 2010), this is the time and place to promote, encourage, and support minority students in considering and embracing a career in geosciences or related fields. The knowledge and tools used by the geosciences today have the potential to produce significant socioeconomic and cultural restructuring. Students attending HBCUs should receive adequate training not only to enter successful careers, but also to take back and apply the newly acquired knowledge and skills into their communities. Such an approach would help mitigate some of the difficulties these communities have in adapting to climate variability. These students can then serve as local environmental leaders and emergency managers if and when the situation arises.

The InTeGrate project implementation only started during Spring 2016 so we are still going through the piloting phase. Still, in addition to the planned course infusion and team building we managed to make additional significant steps despite the short amount of time, namely:

We are presenting below a few outcomes and strategies that have been used to achieve them:

During the implementation phase undergraduate majors in Biology, Environmental Science, Chemistry/Biochemistry, Criminal Justice, Business and other disciplines (taking the General Education course in World Geography) as well as incoming Freshman enrolled in one section of UNIV 101 have completed a two-week long Earth literacy and analytical framework module as part of their regular semester schedule using InTeGrate materials and place-specific case studies involving vulnerable communities, their responses to human or naturally induced hazards, and their adaptive capacity. The infused classes were at 100 or 200 level with 138 traditional students and 7 students enrolled in the Business Communication online course. The materials were selected from the InTeGrate module "Map Your hazards" and partially adapted by the team of nine faculty involved in the project (who also taught the courses). Pre- and post-survey results have shown an increase of 12% in students's knowledge of Earth Sciences content.

As part of the infusion students had to conduct team work on a mapping hazards in South Carolina project and orally communicate their findings at the end of the infusion. They were tested on content knowledge on a pre- and post-survey completed by 78.12% of students, as well as on a number of additional assignments (e.g. video quiz, map assessment, etc.). The two-week infusion grade counted as 20% of the semester final grade for each course as stated in the course syllabus. Failing this section placed students in great danger of failing the entire course. Below is an overview of students' performance. 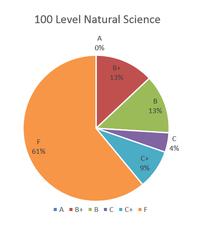 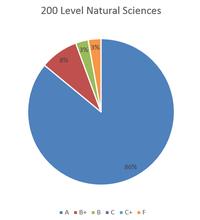 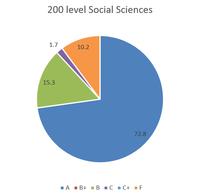 Goal 3: Increase the numbers of minority students interested in Earth Sciences careers and the quality of their preparation 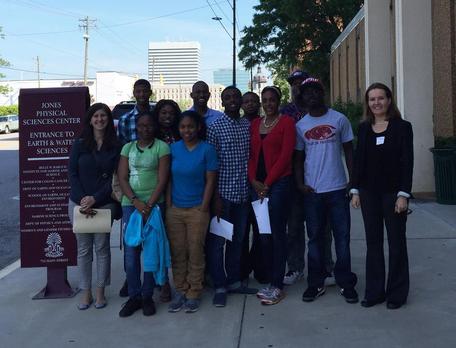 ×
At one year in, it is too early in the process to assess this goal. Still, based on a number of activities meant to stimulate students' interest in Earth Sciences (listed below) we expect this goal to be met as well. 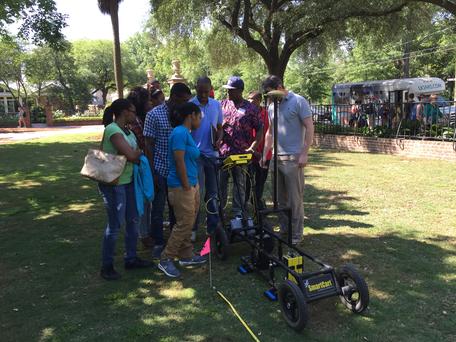 Goal 4: Strengthen faculty capacity to incorporate learning about the Earth at CU.

Nine faculty from two Schools and several departments were brought together in a series of 5 themed workshops during Spring, Summer, and Fall of 2016. Each workshop allowed faculty to share knowledge, ideas and concerns about course infusion and helped them better prepare to incorporate learning of earth Sciences into their own curricula. Each faculty submitted the InTeGrate faculty survey as well an in-house survey developed by the team to allow for a more timely feedback. Overall, 72% of the participating faculty expressed interest in retaining InTeGrate module in their course if somewhat changed, 14% substantially changed and only 14% substantially intact. Their general experience with InTeGrate was good but difficult to implement in the original format.

See the Faculty Reflections and Stories page for a more detailed synthesis of this evidence.

Outcome 1: The infusion model was substantially changed after finalizing the evaluation of the program model.

The initial model included a two week bulk infusion whereas the new model will have a 8 hours of training taught by two faculty from the InTeGrate team rotating every semester. The faculty pair will be formed of one instructor from Natural Sciences and one from Social Sciences and the coursework will be spread over two Saturdays (4 hours each) and open for student registration. We are trying to get UNIV 101 on board so that we have a large Freshman participation.

Long-term Impact and Next Steps

On the long run we expect a significant increase in the number of students exposed to Earth Sciences content provided that the training will be successful in attracting students every semester. Similarly, as many team members are involved and hold leadership roles with various University projects we expect an increase in InTeGrate content exposure and an increase in faculty professional development related to hazards mitigation (already looking into FEMA training).