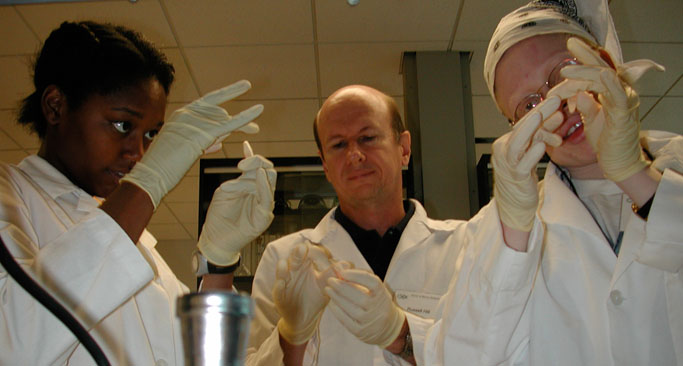 What is DNA Extraction?

Simply put, DNA Extraction is the removal of deoxyribonucleic acid (DNA) from the cells or viruses in which it normally resides.

What is it used for?

Extraction of DNA is often an early step in many diagnostic processes used to detect bacteria and viruses in the environment as well as diagnosing disease and genetic disorders. These techniques include but are not limited to -

How does it work?

Outline of a basic DNA Extraction - 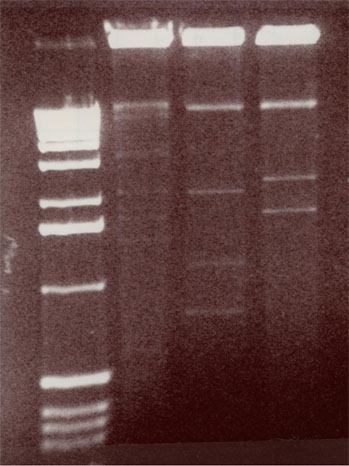 Hide
Picture of viral DNA that has been electrophoresied on an agarose gel. The DNA was extracted from the thermal STIV virus and cut with three separate restriction enzymes. (picture supplied by the author) 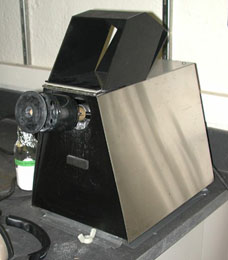 This bead beater is used in the breaking apart or "lysing" of cells in the early steps of extraction in order to make the DNA accessible. Glass beads are added to an eppendorph tube containing a sample of interest and the bead beater vigorously vibrates the solution causing the glass beads to physically break apart the cells. Other methods used for lysing cells include a french press and a sonication device. 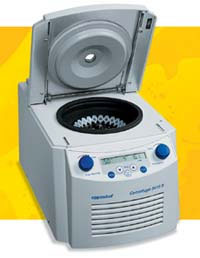 A centrifuge such as this can spin at up to 15,000 rpm to facilitate separation of the different phases of the extraction. It is also used to precipitate the DNA after the salts are washed away with ethanol and or isopropanol. 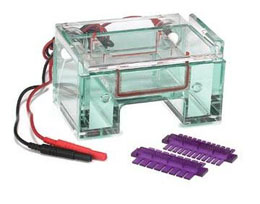 A gel box is used to separate DNA in an agarose gel with an electrical charge. When the red and black leads are plugged into a power supply the DNA migrates through the gel toward the positive charge due to the net negative charge of the molecule. Different sized pieces of DNA move at different rates, with the larger pieces moving more slowly through the porus medium, thereby creating a size separation that can be differentiated in a gel.