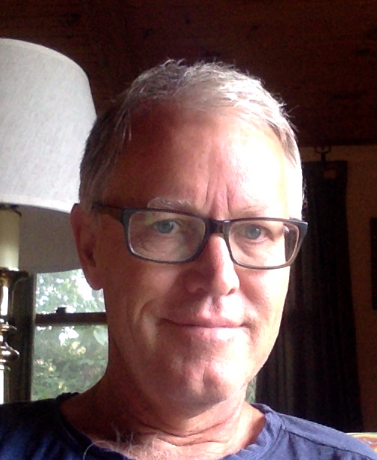 This is an intermediate- to advanced-level course, required for the Earth science and policy major at Penn State. Prerequisites include a calculus class and a chemistry class in addition to an introductory-level earth science class.

Hide
EARTH 202 is a broad introduction to Earth, and to the forces and processes that shape the present-day global environment. The course focuses on climate change on all timescales, with special emphasis on human timescales and the problem of human-induced global warming. The topic of ozone depletion is also included. Unlike most other "environmental" courses, this one sets these issues in the context of the long-term evolution and natural variability of the Earth system. Thus the course is structured around three major themes—the issues of global change, timescales of change, and understanding Earth as a system. A modeling component is included to actively engage students in the process of exploring Earth system dynamics through computer modeling. Modeling will be incorporated throughout the class, beginning with simple models and working toward more sophisticated models such as the global carbon cycle. The modeling software to be used will be appropriate to second-year undergraduates who do not have previous experience with solving differential equations or with computer programming.

Learning about Earth systems through experimentation with numerical models

This course attempts to teach students to think like a modeler and learn about Earth system dynamics through the construction and experimentation with computer models. At Penn State, this is a required class for a new major on Earth science and policy, and its prerequisites include calculus, chemistry, and introductory Earth science. There were no traditional lectures in this class; students came to each class period having completed the background reading. The class periods were working sessions in which the students worked through exercises that guided them through constructing and then experimenting with models created in STELLA (a visually-based program for creating models). This kind of "flipped" format was new for me, and I was pleased with the way it worked — the class sessions were lively, and I realized that they provided an opportunity for me to show them how to troubleshoot, which is a skill that undergraduate students rarely get a chance to learn.

I was impressed with the way that this course helped my students develop a sophisticated understanding of the dynamics of systems and modeling with no lecturing on my part — a nice demonstration of the effectiveness of active learning.

I used the course materials almost exactly as they appear on the site. I made a few modifications during the pilot, all of which are reflected in the revised materials.

The course was taught in a 14-week semester; we went through the 10 modules in sequence, one per week, and I added another week on the economics of climate change. The final three weeks were devoted to independent final projects, including presentations to the class.


This course followed the materials presented on the website in the sequence presented there.

Each week, students would complete the reading and a quiz before starting the modeling exercise. I would give a 10-minute introduction to the exercise and see if there were any initial questions; then we would launch into to construction of the model(s) for the exercise. Students then spent the remainder of the three hours (broken into a Tuesday and Thursday session) working on the model, generally in small groups of 2–3.

I strongly recommend imposing some interim deadlines for the final assessment. I asked students to turn in a short topic proposal (a single paragraph) and bibliography approximately 5 weeks ahead of the due date. I then asked them to show me a "completed" version of their models about 1.5 weeks before the final project was due.

This course involved three forms of assessment — weekly quizzes (20% of their grade), weekly modeling exercises (60%), and a final project (20%). The quizzes were based on online readings and were downloaded and submitted through our course management system. The modeling exercises were also accessed online and submitted in a drop box. The final project asked students to choose a system, identify a hypothesis, and design and construct a model on their own to address the hypothesis. They were asked to communicate their process and results in both a formal descriptive paper, as well as an op-ed targeted at a general audience. The students enjoyed all aspects of this class, but found the final project to be challenging — this required a fair amount of additional consultation with me outside of class sessions.

I would say that my students did surprisingly well in terms of meeting the course goals (best demonstrated in their final projects). The students were able to overcome some real challenges in creating their models, which I was impressed by, especially considering where they were at the beginning of the class.