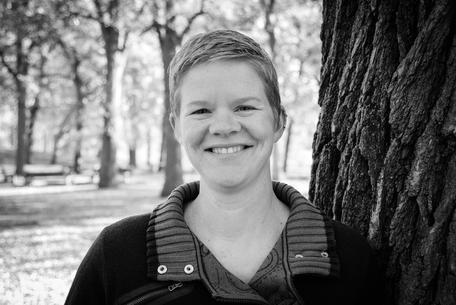 A mid-level course for students with previous experience in systems thinking (though not necessarily science majors).

Hide
Earth is full of large, complex systems. Often, these systems involve one or more components that make them impractical to study directly in nature because they are inaccessible (e.g. Earth's core), very slow (e.g. plate tectonics), or simply because they are too large to observe in their entirety (e.g. the climate system, or ocean circulation). One possible solution is to use numerical models to generate and test hypotheses by simulating the processes most important to each system. In this course, we will use papers from the scientific literature as the basis for modeling a new system each week. We will create models and run experiments using STELLA, a visually based modeling software package. Topics include (but are not limited to) population growth, Earth's climate, the flow of ice in glaciers, and ocean circulation. For the final project students will spend several weeks designing a model of a system of their own choosing. No previous Macalester courses in math or computer science are required; exposure to calculus may be helpful, but students can be highly successful without it. This course is designed for students with a basic knowledge of systems thinking within any related scientific discipline, and a willingness to experiment.

Building skills and confidence through modeling

This course attempts to teach students to think like a modeler in a single semester, without any prerequisites in math or computer science. By using a visually-based software package and introducing a few new ideas and skills each week, students acquire the tools they need to test hypotheses with their own independently-constructed models by the end of the course.

The course was unique for me because there was almost no lecturing; just a few minutes at the start of each week's three-hour block. The fact that the students spent almost all of in-class time each week working on translating the readings into working models meant that they got to try, fail, ask questions, talk with each other, and try again, all with the instructor present. This was invaluable, and it helped them build skills and confidence much faster than I think they would have if they had done most of the model-building outside of class time. While this style would not work for every course, it has really made me re-think the balance between lecture and active learning in almost all of my courses.
"Most of my students began the course without any experience in modeling. It was therefore incredibly satisfying to see them building their own complex models from scratch by the end of the course, and using those models to ask and answer really interesting questions."

I used the course materials almost exactly as they appear on the site. I made a few modifications during the pilot, all of which are reflected in the revised materials.

The course was taught in a 14-week semester, with the first 10 weeks (plus one missed week for fall break) devoted to modeling a different assigned topic each week, and the subsequent weeks devoted to independent final projects, including presentations to the class.


Because ours is a whole course, most of this information is implicitly included in the course materials.

In general, after students completed the reading quiz each week, I would have a short conversation with the class about the week's topic. This typically included ensuring that students could identify relevant equations and the different forms they might take, reviewing major concepts, and allowing students to ask questions about anything that was unclear. This typically took about 10 minutes. Students then spent the remainder of the three hours working on the model, mostly individually, but often in conversation with each other and with me.

I strongly recommend imposing some interim deadlines for the final assessment. I asked students to turn in a short topic proposal (a single paragraph) approximately seven weeks ahead of the due date, and a bibliography of sources about a month ahead of time. Instructors could add other interim assignments — an outline, or list of equations — but I think these two are the bare minimum and were really crucial in keeping everyone on track.

There were three primary assessments in this course, ranging from low to high stakes. Reading quizzes every week were worth few points, and graded on a 1–5 scale. Weekly modeling assignments were worth 50% of the course grade in total, or 5% per assignment. These included a series of guiding tasks and questions designed to get students to build and then use the model to answer questions about the system being studied. The final project asked students to choose a system, identify a hypothesis, and design and construct a model on their own to address the hypothesis. They were asked to communicate their process and results in both a formal descriptive paper, as well as an op-ed targeted at a general audience. The project was worth 1/3 of the course grade, with smaller percentages assigned to each component of the project (model, formal paper, op-ed). We made slight modifications to the reading quizzes and weekly assignments after the pilot, but in general these assignments were received favorably by the students and seemed to work well to help build their skills and capacity for independent work. Students struggled, understandably so, with the open-ended nature of the final project at first, but the specific questions outlined in the final project assignment helped to keep them focused both in their writing as well as in the model-building and hypothesis-testing stages.

We had what I thought was a pretty lofty set of goals for student learning, and I was not sure they could all be accomplished in one semester, particularly without any math prerequisites. That said, almost all of the students met or surpassed the four course goals. While not all students were able to make a working model in line with the original idea in their proposal, almost all were able to create at least a basic functional model on their own. I was actually most impressed by how well the students identified and qualified the assumptions in their model, and by their ability to view the results through a critical lens.