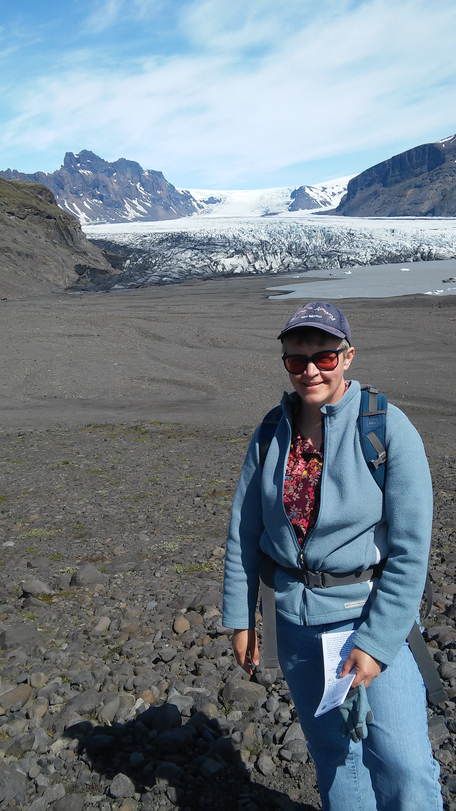 A senior seminar for majors in Earth science, environmental studies, and related disciplines.

Hide
Computer models are powerful tools in Earth and environmental sciences for generating and testing hypotheses about how the Earth system functions and for allowing simulation of processes in places inaccessible to humans (e.g., Earth's deep interior), too slow to permit observation (e.g., erosion driven uplift of mountains ranges), or too large to facilitate construction of physical models (e.g., Earth's climate system). Taking readings from the scientific literature, we create and then perform experiments with simple computer models, using the STELLA iconographic box-modeling software package. Topics include the population growth, Earth's radiative balance with the sun and resulting temperature, the flow of ice in glaciers, and the role of life in moderating Earth's climate. Toward the end of the semester, students apply the skills they have acquired to a modeling project of their own devising.

Topics:
1. Population growth and human use of resources
2. What determines Earth's average surface temperature
3. How life can regulate climate
4. How ice sheets wax and wane in response to changes in solar radiation receipts at Earth's surface
5. How changes in climate over time can be recorded in geologic proxies such as lake shorelines
6. How measurements of borehole temperatures in Arctic permafrost contain information on recent global warming
7. What the impacts of changing water temperature and salinity are on ocean circulation
8. How carbon moves between different Earth reservoirs and what the impacts are of fossil fuel combustion
9. Whether or not the "tragedy of the commons" is an inevitable byproduct of human resource use

I used the Modeling Earth Systems materials in my Modeling the Earth senior seminar at Vassar College in the spring of 2016. I have taught a numerical modeling course for science students for many years now, but this was the first time that the course focused entirely on the climate system. Fourteen students, drawing from the programs in Earth science, biology, and environmental studies, took the course, which met once a week for four hours. During that time, students learned the fundamentals of modeling in the context of exercises about Earth's radiative equilibrium with the sun, the role of life in moderating climate, the impact of changes in Earth's orbital cycles on the growth and decay of ice sheets, how climate change affects thermohaline circulation (and vice versa), and how human greenhouse gas emissions are altering global temperatures, among other topics. Students had encountered some of these topics in other courses and through exposure to the news media, but being able to construct and experiment with models of different physical, chemical, and biological processes allowed them to gain a much deeper understanding of the climate system and human impacts on it.

Independent projects completed at the end of the semester showed that the InTeGrate materials in this course resulted in a real mastery of dynamical systems modeling as well as sophisticated understanding of Earth's complex climate system.

I did not modify the module for use in my course, rather I used it as it was designed to be used, as a full course.

My Modeling the Earth seminar is 13 weeks long and meets once a week for four hours. I used the 10 weeks of InTeGrate materials starting from the very first class period. After working through the exercises, students had two weeks of class time to work on independent modeling projects with my assistance. The final class period was devoted to student presentations of their independent projects. The InTeGrate materials served as the foundations for the independent projects inasmuch as they taught the fundamentals of numerical modeling and climate science.


I implemented the course materials in the order in which they appear on the InTeGrate site. The materials have been designed to help students become independent modelers by the end of the semester. For this reason, the first few units give students very explicit instructions on how to construct their models. These "cookbook" instructions fall away in the second half of the semester, requiring the students to think more on their own, culminating with the independent project at the end of the semester. As a result, future users of the materials should be aware that if they are using individual exercises piecemeal, they may need to supply their students with additional instructions on how to build the models.

The course has a number of embedded assessments. Each week, students filled out a reading quiz that was designed to ensure that they completed the InTeGrate student readings. Since my course was a senior seminar, I also asked students to present papers from the primary scientific literature that formed the basis for each week's modeling project. To ensure that students did these readings, those who were not presenting were required to turn in a short reading summary at the beginning of class each week. Students were also evaluated on their weekly numerical modeling exercises using a rubric designed to assess how well they had mastered the material. Finally, students carried out an independent modeling project that they wrote up as a paper and presented to the class.

Students did not seem to mind doing the reading quizzes and summaries too much, as they realized that these prepared them for the modeling exercises. They were quite engaged in each week's project and most really got into their final projects. I had a little bit of difficulty convincing a couple of hard-core Earth science students to take seriously the requirement that their final modeling project engage with the societal problem of global climate change. They wanted instead to use their newfound knowledge to model volcanic eruption processes. No amount of cajoling could convince them otherwise, and this is something for future users of the materials to be aware of.

We had two primary goals in developing the Modeling Earth Systems InTeGrate materials: 1) teach students how to do numerical modeling, and 2) teach students about climate change and human impacts on the climate system. I think that the exercises we have developed do a great job addressing both of these goals, and it was gratifying to see what students came up with in their independent projects at the end of the semester. Though they did not all have enough time to get their models to work, they showed a deep understanding of the modeling process and of the importance of climate change in a variety of biological and physical processes/systems.