These resources describe how the module was adapted for use in different settings. We hope these stories inspire your own use of the module and give you insight into how to adapt the materials for your classroom. 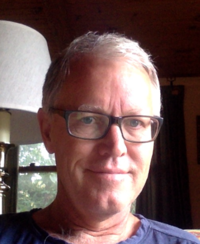 ×
David Bice: Modeling Earth Systems at Penn State. This was an intermediate- to advanced-level course, required for the Earth science and policy major at Penn State. Prerequisites include a calculus class and a chemistry class in addition to an introductory-level earth science class. There were no traditional lectures in this class; students came to each class period having completed the background reading. The class periods were working sessions in which the students worked through exercises that guided them through constructing and then experimenting with models created in STELLA. Over the 14 week course, we went through the 10 modules in sequence, one per week, and I added another week on the economics of climate change. The final three weeks were devoted to independent final projects, including presentations to the class.

×
Louisa Bradtmiller: Modeling Earth Systems at Macalester College. I used the course materials for an intermediate level course called Modeling Earth Systems, which met once per week for three hours. A wide range of students took the course; I had first-years through seniors, and I had at least one student from each of the STEM majors at the college, plus a political science major! A few students had taken some climate-related courses from me, and a few had some experience with the STELLA software from my other courses, but none had experience translating readings into models on their own. We completed all 10 units of the course materials and used the remaining weeks of the semester to work on the final project, including presenting their projects on the last day of class. Students were able to tackle an impressive array of problems and topics, and did an equally good job communicating their results orally and in writing to several different intended audiences. 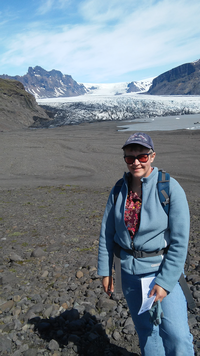 ×
Kirsten Menking: Modeling Earth Systems at Vassar College. I used the Modeling Earth Systems course materials in a senior seminar titled Modeling the Earth. The course was taken by a mixture of Earth science, environmental studies, and biology majors (14 students total) in their junior and senior years at Vassar, and it met once a week for four hours. Most of the students had no prior experience with modeling, and few had much knowledge of climate science. Over the first 10 weeks of the course, we worked our way through the 10 course units of the InTeGrate materials, which are designed to familiarize students with the STELLA numerical modeling software, systems thinking, and fundamentals of the climate system. Students then had two weeks to work on independent projects of their own choosing, followed by a final class period in which they presented their modeling projects to the class. The independent projects demonstrated that students had both mastered the process of numerical modeling and developed a sophisticated understanding of Earth's complex climate system.
Skip to search results Skip to pagination
Skip to search results Skip to pagination