Jump Down To: Mentoring Diverse Students

"Good developmental relationships (mentorships) promote socialization, learning, career advancement, psychological adjustment, and preparation for leadership. Compared to nonmentored individuals, those with mentors tend to be more satisfied with their careers, enjoy more promotions and higher income, report greater commitment to the organization or profession, and are more likely to mentor others in return." -- Johnson, 2007

Boyle and Boice (1998) offer advice on how to create a formal mentoring program rather than relying on "spontaneous" mentoring. Their model consists of three phases of activity.

Phase 1: Planning
Identify and recruit interested participants early so that mentoring becomes a central aspect of their academic life. Develop a plan for how to assign or create the faculty-student dyads. Clearly articulate the mission, goals, and expectations of the program.

Phase 2: Structure
Decide how structured the program will be in terms of mandatory meetings between mentors and proteges as well as between all of the mentors and/or proteges in the program. These kinds of program-wide experiences are valuable for sharing information and can contribute to a sense of belonging withing the group.

Phase 3: Assessment
Collect data on how frequently and how regularly the dyads meet, how well the pairs function together, and the kinds of themes and issues they discussed as a part of their work together.

"Mentoring" is a term that gets used in a wide variety of situations to describe an array of different kinds of relationship activities between an expert and a protege, even in the educational research literature. W. Brad Johnson (2007) describes it this way:

Mentoring is also different from advising in that the word generally has only positive connotations. Students might have a good or bad advisor, but if one has someone they call a mentor that person has almost always played a constructive (and critical) role in their development (Schlosser and Gelso, 2001).

This list of the characteristic components of effective mentoring from Johnson point to why a true mentoring relationship is nearly always positive.

Research into mentoring diverse students has primarily centered on the effects of gender and race on the development of mentoring relationships and the effects on outcomes. There are some recommended best practices for mentoring across these two variables, but always remember to approach individuals as individuals and not as just members of a group.

In general, research has shown that women are just as likely as men to have a mentor, to initiate the relationship, and to report having significant faculty role models. (Clark et al., 2000; O'Neill et al., 1999; Gilbert, 1985). It's also clear that the sex of mentor and protege are not a significant factor in determining the outcomes of the mentorship (Raggins, 1999). Johnson has four recommendations for anyone mentoring women in an academic setting: 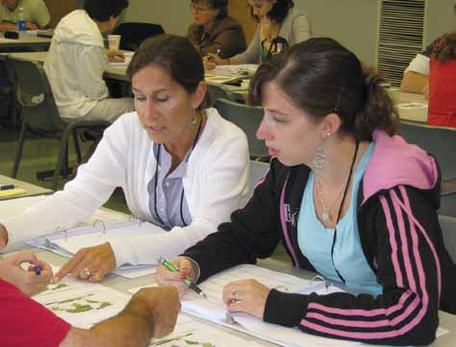 Adopt a Collaborative Approach
This is characterized by a willingness to give all students equal access to power and opportunity. It also involves reciprocity between mentor and protege such that there is an interdependent quality to the relationship.

Focus on the Quality of the Relationship
Mentors should be empathetic and affirming and use praise rather than confrontation. The relationship should be collegial and empowering rather than competitive and should generate a strong emotional bond satisfying relational needs for both parties.

Emphasize a Mentoring Network
Also called Mentoring Constellations, this involves having several mentors with different strengths and access to different resources. Multiple mentors have a higher capacity for offering various kinds of support than a single mentor.

Blend Work-Related and Personal Support
This kind of holistic mentoring is valuable for everyone, but women report being especially appreciative. Women often have more complicated work-life issues to balance than men and are generally more interested in having a mentor that can offer guidance.

There has been relatively little research into issues surrounding LGBTQ mentors or mentees. But it is reasonable to hypothesize that, in cases of same-sex mentoring, challenges similar to cross-sex mentorships probably apply. In terms of what makes a supportive mentor for LGBTQ students, Johnson recommends:

Most mentees, regardless of race, express a preference to have a mentor that "looks like them." Given the shortage of minority faculty in most institutions, it is most often the case that students of color who have mentors have White mentors (Atkinson, 1991). Once formed, these mentorships are generally as helpful to them as those when both parties are of the same race (Enscher and Murphy, 1997). So it's clear that if minority students are going to have mentoring, deliberate attention must be paid to effectively mentoring across race differences.

Johnson recommends several key strategies for these situations, including:

Recognize Stereotypes and Appreciate Individual Differences
It's human nature as well as cognitively efficient to use some degree of stereotyping in our interaction with others. When recruiting or working with mentees of a different race, it's important to demonstrate your commitment to valuing them for their individuality and uniqueness, rather than seeing them as a representative of their racial group.

Manifest Diversity-Promoting Attitudes and Behaviors
Be actively engaged and concerned about minority issues. Confront stereotypes openly; support minority organizations on campus and in your discipline with time and resources; work to overcome feelings of discomfort in cross-race working relationships and mentorships; relish and accept differences.

Deliberately Work to Enhance Cross-Culture Competence
What are some ways to
Develop Cultural Competency?»Cultural competency usually needs to be intentionally developed. Understanding the effects of one's own cultural background and experience with individuals from different cultures are key to providing the best support possible for students we mentor.

Establish Trust
Trust is important in any mentoring relationship, but given historical power dynamics they may be even more so in cross-race mentorships. Mentors should acknowledge and validate the experiences of minority students as they pertain to overt or implicit racism and be genuinely interested in understanding the protege's path in society.

Promote Secondary Mentorships
It is important to support the idea of having multiple mentors with differing skills sets to obtain support across the range of needs. In the case of minority students, those needs likely include same-race support, engagement, and encouragement as well as strategies for success as a minority person in the discipline. 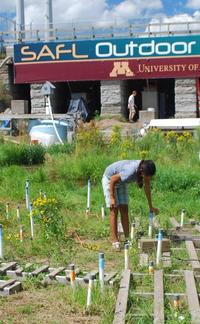 ×
In her essay for the 2014 workshop, Diana Dalbotten speaks to the importance of mentoring in working with Native American students in her outreach for the National Center for Earth Surface Dynamics (NCED). Their efforts involve creating a network of supporting researchers; establishing trusted, long- lasting partnerships; and using a team approach.

Undergraduate Research with Two-Year College Students »
This set of SAGE 2YC webpages will address the particular issues and concerns of implementing student research with students at or from two-year colleges.