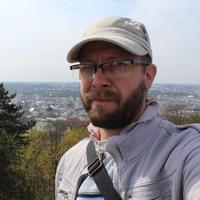 Introductory-level science courses introduce students to the discoveries of a particular field and ostensibly promote science literacy. However, the lecture-lab paradigm does not lend itself well to the development of the latter because students do not actually practice applying the scientific process in the classroom or lab setting.

One possible method for improving science literacy outcomes is to better define the scientific process, particularly in terms of day-to-day behaviors. For example, students do not normally "hypothesize", but do observe the world around them and make unconscious assumptions to understand those observations. They then build mental models with these observations and assumptions, the latter of which they test by interacting with the world around them. Models are of varying quality and can range from assumption-dominated ("hypothesis") to observation-dominated ("theory").

The process of science is often discussed in the classroom, but rarely implemented, even in lab activities. When implemented, there is a strong focus on procedures, methodologies, and equipment usage, often to the detriment of student interest in the topic. Over the past few years, I have been developing a method for engaging students in the scientific process throughout an entire course, a process accelerated by COVID lock-downs and remote learning. I will discuss the curriculum and its application at several universities, including international ones. The overview will include:

Observation journals: a method for having students reflect on and think about the real-world observations related to the topic we are studying prior to beginning that topic

Home-hack labs: labs using whatever equipment is laying around the house, with a gradual introduction of good lab methodology as the limits of home-hack labs become apparent

Simple modeling labs: labs focused around modeling home setups with code that is understandable to non-specialists so they can explore the assumptions and limits of the model