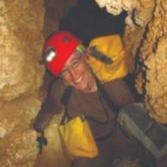 Bre Tavernini, Nevada State College at Henderson
Self-reflection and Science are not commonly associated. Neuroscience and psychology studies have found that self-reflection is a hard task for the brain to do naturally (Herwig et al., 2012). Because the scientific method follows a process or a series of steps, it can also be applied to ease self-reflection. In this case, self-reflection was promoted in the assignment called: "Science and You" in which Hypothesis and Conclusions were analogous to personal decisions. Both of these categories can be reevaluated based on new evidence, either a priori or posteriori. The students were prompted to gather evidence to support their answer to: A) why am I attending college? B) what major I chose or the exploration for a major?, and C) what I do in class to achieve my goals? This assignment was completed as a pilot in three 100-level science classes at Nevada State College: two Geology sections and one Environmental Science class. One of the Geology sections was a Writing Intensive Class. About 90% of the students in these classes do not identify themselves as science majors. A detail of the steps followed in this assignment and a preliminary qualitative assessment of its effectiveness will be presented. Our hypothesis is that this assignment will help students transition from extrinsic to intrinsic motivations; promote writing and self-reflection as a way to seek evidence; and highlight the importance of evidence and critical thinking, both, in personal decision-making and in science. Additionally, the opportunity to write and reflect about past decisions can potentially help students to better understand themselves and create a deeper sense of personal identity.