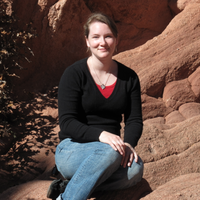 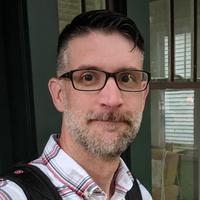 The 17 teams of 2YC faculty participating in the SAGE 2YC Faculty as Change Agents project have spent between two and four years working together to transform their teaching, their geoscience programs and departments, interactions with their institutions, and the network of geoscience educators in their region. In preparation for the project's culminating workshop in June 2019, the teams have written extensive descriptions of their goals, the activities they have conducted, and the results they have seen at all four of these scales and across the three strands of the project: broadening participation in geoscience, facilitating students' professional pathways, and supporting the academic success of all students. Each team's description is written to provide examples and advice for other faculty who may wish to focus on similar goals in their own context. In addition to serving as exemplars, these descriptions serve as the foundation for a set of webpages synthesizing lessons learned across the whole project. Looking across multiple teams' activities, the change agents developed pages highlighting effective strategies for work in 6 broad areas: supporting academic success, facilitating career pathways, supporting transfer, broadening participation, developing a regional community, and making lasting change happen in two-year college programs and institutions. The webpages resulting from this synthesis provide a mechanism for users to see how different teams tackled similar issues by bringing together guidance related to these themes as well as examples drawn directly from the teams' work. The process was designed to allow all of the participants to contribute their expertise across all topics so that the resulting information is able to document the best ideas of the whole community of practice.
1:45pm
Inclusion for Women Within a Research Institute

The Cooperative Institute for Research in Environmental Sciences (CIRES) is at the University of Colorado Boulder, employing more than 850 people. A workplace culture survey conducted as part of a new Diversity and Inclusion program revealed a largely positive culture overall. However, an abyss was revealed between those who have experienced negative or uncivil workplace behavior within the last two years and those who have not. Women report more uncivil behavior and are more impacted by it. Furthermore, among those who describe potentially identity-related negative behavior, three of the five aspects of identity they report as being targeted are gender-related. These findings are consistent with the recent National Academies report on Sexual Harassment of Women in Academic Science, Engineering and Medicine, which reports that scientific organizations must raise the accountability bar for expected workplace behavior to build positive, respectful and inclusive workplaces; well above the usual minimum target of avoiding federal policy violations and public scandal. This talk will share the findings, discuss ways to address the problem and highlight important aspects of assessing culture within a department or other scientific unit.
2:00pm
Multicultural mentoring strategies to broaden participation of underrepresented geoscience students

Introductory classes play a critical role for the geosciences, serving as a way to train future citizen scientists and recruit majors who may have previously not seriously considered a geoscience major. Students enroll in introductory geoscience courses for a variety of reasons, including a prior interest in geology or the environment, meeting general education requirements, and perceptions of whether the course is easy (Levine, 2007; Hoisch & Bowie, 2010; Houlton, 2010; Gilbert et al., 2012; LaDue & Pacheco, 2013; Stokes et al., 2015). That interest and motivation is enough to get them to us; what helps keep them with us? This question may be examined using multiple lenses (e.g. the social cognitive career theory, as used by Sexton et al., 2018). Here, we use the theory of planned behavior (Ajzen, 1985) to guide an elicitation study of student beliefs about continuing on in the discipline. The specific behavior we are interested in is signing up for a second geoscience course before completing their degree. The initial population of interest is students in introductory geoscience courses at the University of South Carolina. These include cultural, environmental and physical geology, as well as marine science courses that recruit more than 1,300 students each semester. An open ended survey was used to identify salient and accessible student beliefs about taking a second course, what people who are important to them believe they should do, and their perceived behavioral control in taking another course. These three factors inform intent, which in turn informs behavior (Madden, Ellen and Ajzen, 1992). An inductive content analysis of the survey responses is used to identify patterns in the data (Elo and Kyngas, 2008). The results of this elicitation study are being used to inform the development of a quantitative questionnaire that can be deployed in future introductory geology and other geoscience courses.
2:30pm
Break
2:45pm
Evidence of Increasing Student Buy-In: Exploring Enrollment Patterns Across Active-Learning Based Organic Chemistry Sections

Research has shown that active learning strategies in STEM courses increase exam scores and reduce failure rates (Freeman et al., 2014). In addition, incorporating active learning strategies into STEM courses has shown an additional benefit for student success from under-represented groups (Roberts et al., 2018; Eddy and Hogan, 2014; Haak et al., 2011). Because of this, the University of Kansas has recently built several classroom spaces that are specifically designed to facilitate active learning. Anecdotal interactions with chemistry professors revealed some possible course selection patterns that may influence or be influenced by both student attitude and student awareness of the benefits of the classrooms that are designed to facilitate active learning. In particular, a pattern of disproportionately higher female enrollment in a mid-level chemistry course has been noted for a section of the course that is taught in a classroom designed to facilitate active learning, as opposed to another section of the course that is taught in a traditional lecture auditorium. Our research utilized the Colorado Learning Attitudes toward Science Survey (Heredia 2012), as well as questions that address logistical factors that may have influenced student enrollment decisions. The information gathered from these questions was compared with the class setting/style, course success, and student subgroup effects. The results from the attitudinal instrument reveal that students enrolled in the classroom designed to facilitate active learning express attitudes more in alignment with experts than the students enrolled in the lecture auditorium. In addition, the results of the clicker responses present supporting evidence that subgroups of students are self-selecting into the classroom spaces that are designed to facilitate active learning. This is important because it suggests that students, and in particular under-represented groups of students (i.e. women), are becoming aware of the benefits of these active learning spaces for their own success.
3:00pm
School of Ice: A Model for Advanced Professional Development for Geoscience Faculty at Minority-Serving Institutions with Applications to Other 2 and 4 Year Colleges

The School of Ice (SOI) program from the US Ice Drilling Program (IDP) is designed for college faculty who teach at minority-serving institutions or historically black colleges and universities, but lessons learned transfer easily to any science course based on current research. The institute builds participants' background knowledge about ice core science and climate change while also providing experiences with activities and labs for transferring information to their students. After four years of highly successful workshops, our model has provided valuable lessons for creating powerful experiences for participants. This presentation will identify some of the key ideas including pairing researchers and educators as presenters; creating leadership teams capitalizing on partner strengths; building a science community willing to participate in education and outreach; and building participants' science content background knowledge and confidence while providing them with teaching models for transferring the knowledge to their students. Another important element is to demand teacher buy-in to ensure replication and dissemination. Also, IDPO's drilling technologies make it an ideal platform for intertwining engineering concepts and practices with science research to meet new science standards. In this session, we will share results of evaluations including the impact on the educators as well as longitudinal analysis of data from interviews with past participants concerning continued impacts on their teaching, courses and students. Faculty who have attended this institute in the last four years have reported increases in their understanding of the content and how to teach it. They also report increased confidence in their ability to teach ice core science and climate change concepts. Elements of these successful workshops can inform both the development of college professional development and student courses, as well as the creation of successful education and outreach programs for science research teams wanting to increase the reach of their research results.
3:15pm
Lessons learned from OnRamps Earth Wind and Fire, a dual-enrollment geoscience course

The proportion of Hispanic U.S. geoscientists lags far behind the proportion of Hispanic U.S. citizens. Students from underrepresented minority (URM) groups may not be attracted to geosciences for many reasons, including student and family unfamiliarity with geoscience knowledge and geoscientists, and a geoscience community culture in which URM students feel out of place. OnRamps Earth Wind and Fire: Introduction to Geoscience (EWF) is a dual-enrollment course now in its 4th year. In the current academic year, EWF is being taught to over 1600 HS students across Texas. The course provides high school students with their first in-depth exposure to Earth science and an opportunity to engage in college experience and earn college credit from The University of Texas at Austin. Teaching university-level geoscience to Texas HS students is also educationally significant because scientific topics including the age and evolution of Earth can be contentious within Texas. From 2015-2018 in the first three years of the course, 56% of OnRamps EWF students self-reported as Hispanic, 28% white, 7% black, 5% Asian, and 3% as two or more races. These proportions are broadly consistent with the diverse school-age demographics of Texas in general. For the 2018-2019 cohort of students alone, 52% of OnRamps students self-reported that they are a "First Generation College Student" from their family, signifying that neither parent has earned a bachelor's degree. These data demonstrate that Onramps EWF effectively reaches groups underrepresented in Earth sciences. We present results from student entrance and exit surveys to explore student perceptions of course content, structure, and how enrollment in EWF has influenced their education and interests. We also present our experiences in planning, administering, and teaching EWF, including challenges, areas for improvement, and future plans to develop mentoring opportunities for UT Austin geoscience undergraduates and dual-enrollment EWF students.
3:30pm
Enhancing Weather, Ocean, and Climate Science Literacy by Leveraging the American Meteorological Society-Cal U DataStreme Partnership

For more than 25 years, the American Meteorological Society (AMS) Education Program has been enhancing K-12 Geoscience teacher preparation and practice, and ultimately student learning through the DataStreme Project. The DataStreme Atmosphere, Ocean, and Earth's Climate System courses empower teachers to implement STEM concepts in their classrooms using real-world data and real-life events to deepen understanding of core geoscience concepts. An essential element contributing to the high quality and success of these courses is the partnership between educators and scientists. Many scientists, including those from AMS staff and membership, contribute to the courses through mentoring and online engagement with student-participant cohorts. For much of DataStreme's existence, the 'heavy lifting' of course instruction was handled by the mentor teams, often in-person. Given the growing enhanced capabilities of online engagement and an ever-increasing technical tool set for instruction, DataStreme moved online in 2017 in a new collaboration with California University of Pennsylvania (Cal U). Since moving online, the organization of AMS curricular materials and course content within Cal U's learning management system (Desire2Learn (D2L) and Global Online program was immensely streamlined. Moreover, the shift to D2L has enabled DataStreme courses to be far more digitally-connected allowing for cohort engagement at great distances. Now with four semesters fully online complete, metric analysis has allowed AMS to evaluate K-12 teacher 1) course engagement; 2) pre/post course cognate assessment; 3) attitudes and pedagogical influences and 4) impact within their local school district's curriculum. Quantitative and qualitative results from the past two semesters will be shared during the presentation and the authors will elaborate on how trends in the data will likely influence AMS instruction and engagement with its nationwide DataStreme mentor network and students.
3:45pm
Discussion
« View More Oral Sessions