Inclusion for Women Within a Research Institute 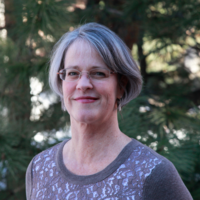 However, an abyss was revealed between those who have experienced negative or uncivil workplace behavior within the last two years and those who have not. Women report more uncivil behavior and are more impacted by it. Furthermore, among those who describe potentially identity-related negative behavior, three of the five aspects of identity they report as being targeted are gender-related.

These findings are consistent with the recent National Academies report on Sexual Harassment of Women in Academic Science, Engineering and Medicine, which reports that scientific organizations must raise the accountability bar for expected workplace behavior to build positive, respectful and inclusive workplaces; well above the usual minimum target of avoiding federal policy violations and public scandal.

This talk will share the findings, discuss ways to address the problem and highlight important aspects of assessing culture within a department or other scientific unit.