Evaluating and revising the inquiry level of physical geology labs and assessing the impact on student academic performance. 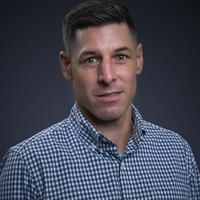 April Grissom, North Carolina State University
The introductory physical geology labs taught at North Carolina State University were reformatted in 2009 to include more inquiry-based activities and utilize local geologic resources. After several years of teaching the labs, an inquiry rubric was adopted and used to characterize the proportion of the various levels of inquiry present in each lab. Using the rubric, the inquiry level of each activity in every lab was determined based on the presence or absence of six common characteristics of scientific investigation. The mineral, rock, and geologic time labs were found to contain a significant proportion of low level inquiry activities and were targeted for further revision. These three labs were revised in the Spring 2013 semester, and learning gains were measured between students in the original version of the lab compared to those in the revised higher inquiry version. The revised labs were found to positively influence student academic performance on a variety of assessments.

We will discuss examples of lab activities representing different levels of inquiry, provide guidelines to help educators utilize a rubric to analyze the inquiry level of their own lab activities, and provide suggestions on making targeted changes to effectively incorporate higher inquiry activities. Increasing inquiry in introductory geology labs is a worthwhile effort as it often requires few additional resources and minimal TA training while having a positive influence on student academic performance.