Using Digital Media to Develop an Understanding of the Scientific Process 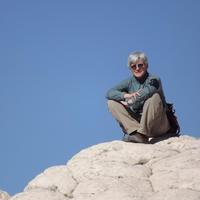 Kathy Browne, Rider University
Common misconceptions about the scientific process have been the subject of much concern over the years and considered in K-12 science education reform efforts. For teachers, lack of understanding in the process can apparently have negative impacts on their learners' ability to learn science (e.g. Windschitl et al. 2008). In the most recent national standards, the Next Generation Science Standards (Achieve, 2013), the scientific and engineering design process is characterized with eight practices. As states consider adopting and then implementing the standards, teacher preparation programs are also adapting their curricula to introduce these practices to future teachers. In this project, an attempt was made to improve students' performance on the Science Literacy Concept Inventory (SLCI; Nuhfer, 2011) with a small cohort of first year undeclared students in an introductory integrated science class. The students were introduced to the science practices, reflected on their use of them while learning about science concepts central to the course, photo-documented their performance of the practices, collaboratively drafted a rubric for evaluating their video project, and created a video compilation to show their understanding of each of the practices. Five of seven students (71%) showed an increase in scores on the SLCI over the course of the semester. This approach was refined and used with a new cohort of teachers in an online graduate education course (Teaching and Learning Earth and Space Science) for elementary and middle school teachers during spring 2015. Example videos and results from both cohorts will be presented.
« Teacher Preparation and Professional Development