Rock, Paper, Hammer: Where do thoughts and actions count in making a geologic map? 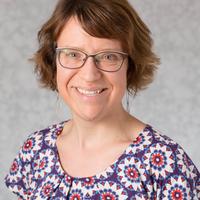 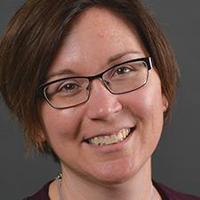 Kathleen M Baker, Western Michigan University
In this study, we integrate data capturing the physical actions, spoken thoughts, and navigation paths of geologists as each makes a geologic map of a field site in the Tobacco Root Mountains, Montana, USA. Four geologists wore a head-mounted video camera with an attached microphone to record their visible actions and their spoken thoughts, creating "video logs" while in the field. They also wore GPS units to record their position throughout the day. The GPS data and video logs are time-stamped, enabling the data sets to be synchronized using a series of Matlab programs. The research question we address is: How and where do actions and expressed thoughts differ between novice and expert geologists when solving a geologic mapping problem?

The video portion of each log was coded for instances of the visible actions of collecting data (e.g. hammering rock, measuring strike and dip, testing with HCl, and inspecting rock) and recording data (e.g. writing in a field notebook or on a map). The verbal portion was coded for instances of synthesis when participants expressed large-scale thinking or interpretations of the geologic structures that they were mapping. From these analyses, we find that all geologists engage in all four types of data collection, although there are differences between individuals and between levels of expertise. The novices had notably more instances of collecting and recording data than did the experts. For the experts, instances of synthesis occur at nearly every site of collecting and recording data. For the novices, synthesis occurs only sporadically and at relatively fewer collecting and recording sites. An implication of these findings is that novices could become more expert-like if they make a greater effort to link their observations and data with their ideas about the large-scale geologic setting of the field area.
« Geoscience Education Research