Using Media to Enhance Teaching and Learning in Economics

If you remember Ben Stein's role as a high school economics teacher in Ferris Bueller's Day Off (1986) you know all too well how "dismally" economics is perceived. Fortunately, economic education is no longer the exclusive domain of the lecture model. There are many new and exciting teaching methods available to instructors, none more so than using media to enhance teaching and learning in economics. 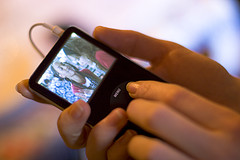 Teaching economics through media is a response to the work done by William Becker and Michael Watts (1998, 2001, 2003, 2004, 2006) who examined the way that economics was taught at the college level and found that the discipline had been slow to adopt innovative approaches to teaching.

Using Media in Economics Can be Found In:

Reading through one or more of these resources will provide a deeper appreciation of the benefits and challenges involved in using media.

Watts, Michael. (2003). The Literary Book of Economics: Including Readings from Literature and Drama on Economic Concepts, Issues and Themes.

The Media Resources for Economics page showcases many of the most creative ways that media is used in teaching and learning economics. The resources on this page are organized into the following categories: music, news, videos, visualizations, worth a look, and creating your own media. Check it out!

A number of examples have been created that describe how to use this teaching method. Each example details how a specific media is used along with a set of teaching strategies designed to help a first-time instructor utilize it most effectively.