Why Use Cooperative Learning?

Will cooperative learning help students learn? Research has shown that students who work in cooperative groups do better on tests, especially with regard to reasoning and critical thinking skills than those that do not (Johnson and Johnson, 1989 ). 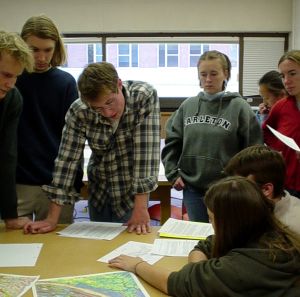 Cooperative learning has also been observed to enhance achievement of female and African American students (Herreid, 1998 ), members of groups that are underrepresented in various disciplines.

Williamson and Rowe, 2002 observed that students in cooperative-learning sections were more willing to ask the instructor questions (in class or through office visits) than those in traditionally taught sections.

One reason for improved academic achievement is that students who are learning cooperatively are more active participants in the learning process (Lord, 2001 ). They care about the class and the material and they are more personally engaged.

Compared to students learning on their own, students who are engaged in cooperative learning:

Even if student satisfaction were not an end in itself, it should be noted that motivated students are less likely to miss class or drop out.

Instructors who routinely have students work in groups not only conserve materials but also provide opportunities for students to engage in more substantial projects or a larger number of smaller projects than they could achieve individually.

Teamwork is essential in modern workplaces.