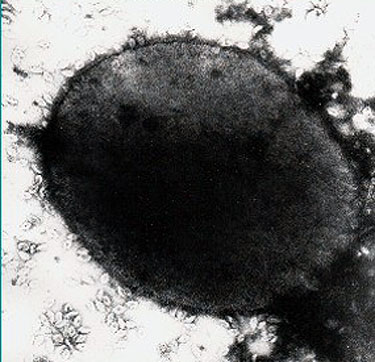 Image of Sulfolobus from Yellowstone. The host cell shown here is infected with SSV type virus. Virus is seen vaguely inside the cell, attached to the S-layer cell surface, and clustered heavily around the cell. Cell diameter is approximately one micron.

Why Sulfolobusmakes a good viral host for use in the lab: 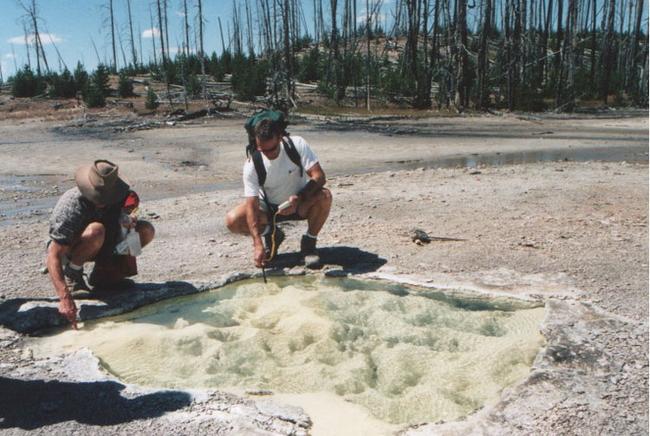