Where in the World is Vladimir Koppen? 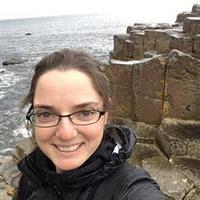 Where in the World is Vladimir Koppen will be brought and a round of the game will be demonstrated for the audience. The game will be available to play/discuss for interested parties after the introduction/demonstration.

Where in the World is Vladimir Koppen? is a board game designed for college-level introduction to the Koppen Climate Classification System. The activity is designed to work in groups of 4-12, with students competing either individually or in pairs. One round of the game can be completed in ~10 minutes, allowing students to play multiple times within one class period. Players move around a world map examining climate data, collecting clues to the whereabouts of climate scientist Vladimir Koppen, and using climographs to deduce the answer. This game incorporates recognition of spatial patterns, interpretation of numerical evidence and graphs, and problem solving to reinforce Koppen Climate Classification learning objectives. After playing the game, students will be able to read and interpret climographs (temperature and precipitation), assign Koppen classifications based on climograph data, describe the prevalence and spatial distribution of climate types around the world, and compare climates between locations.

This activity is currently used in two courses that serve both majors and non-majors. The target audience is undergraduate college students at the introductory to intermediate level (100-300 level).

Where in the World is Vladimir Koppen emphasizes the application of quantitative reasoning and problem solving skills, encourages collaboration, and introduces course content within a single activity. Anecdotally, it helps students with math anxiety become more comfortable with applying their quantitative reasoning skills. It is also, by many accounts, a 'fun' activity that engages students more effectively than traditional lectures or problem sets addressing the same content.