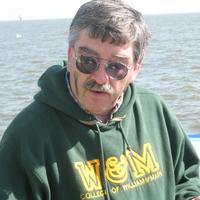 Michael Gibson, The University of Tennessee-Martin

Samples of marine fossiliferous matrix will be re-hydrated and compared with a modern Peterson grab from the Gulf of Mexico. Participants will describe sediment compostion, texture, sorting; biotic content of the sediments; morphological adaptations of the fauna for both modern and ancient samples. Samples will be placed in a geologic time context to demonstate sea level change effects over time and paleoceanography principles. How to obtain samples for the classroom will be explained.

The fossiliferous sediment record contains the necessary comparative information for us to evaluate modern sea level change consequences. How does one bring the modern ocean experience into a land-locked classroom and demonstrate the long-term nature of the paleo-record of sea level change? The Paleo-Peterson Grab activity models how to use fossiliferous marine sediment samples, abundant throughout the southeastern U.S., and that preserve much of the same information regarding marine biodiversity, ecology, sediment characteristics (to some degree ocean water depth and chemistry), to reconstruct the effects of past sea level changes. This activity models this approach by using "grab" samples from the Coon Creek Lagerstätte (72 million years old, West Tennessee) and Eastover Formation (7 million years old, Virginia Coastal Plain), both marine substrates from two different global sea level changes, that are re-hydrated to resemble the modern Peterson grabs. Typical grab sample analyses of sediment composition, sedimentary structures, biodiversity, functional morphology studies, etc. are run. Modern Peterson grabs from the Gulf of Mexico are compared with the sediments and biota from these past two global sea level changes that are still preserved within today's Atlantic and Gulf Coast regions.

This activity provides coastal and "land-locked" schools with a method to simulate scientific data collection of past oceans modeling paleoceanography techniques, primarily geological and biological, thus allowing non-coastal classrooms to collect real data on past sea level change. Most appropriate for middle and high school students and teachers.

Oceanographers commonly use shipboard sampling devises, like the Peterson grab, to sample sea floor sediment and enclosed biota to monitor changes resulting from current sea level change. Sea level change is imperceptibly slow by human time frames and notoriously difficult for students to visualize and accept. Most schools cannot not get to the coast and participate in ship-board sampling. Ironically, the primary record of all past sea level change occurs where we live - in the geologic record exposed since the last sea level drop; ancient ocean systems are represented by the dehydrated sediment and fossils left behind by the last drop.