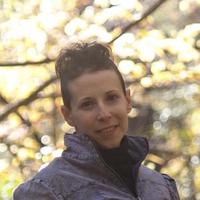 Debra Tillinger, American Museum of Natural History
If science is for everyone, then it needs to be taught in environments that are welcoming to people who may not feel at home in a traditional classroom. A team of scientists and educators at the American Museum of Natural History have developed a new course, Our Earth's Future, which prepares participants to contribute intelligently and fluently to informal "cocktail party" conversations about climate and climate change. The course, taught after hours at the museum, culminates in an actual cocktail party in one of the museum's halls where participants can practice their skills. Participants' knowledge of climate change and attitudes towards climate change were quantitatively and qualitatively assessed before and after the four five-week course sessions.

Climate literacy can also be included in existing events that are not obviously science-focused. Venues such as festivals, galleries, and underground art parties may be willing to broaden their definition of culture to include science - but only if they are asked. Given the increase in public discourse around the topic of climate change, there is an opportunity to reach people who wouldn't attend a formal science lecture, but might attend a film screening or a fundraiser that had some scientific content. Qualitative audience assessments done after the annual "Mermaid Lagoon," a fundraiser for ocean related causes that includes a scientific segment along with dance and theatrical performances, show increased enthusiasm and support for climate science when it is presented in a relevant, fun, and non-intimidating manner.
« Teaching Controversial Topics