Using an InTeGrate module for the first time: Tales from a Two-Year-College 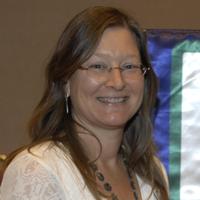 Kristen Farley, Pasadena City College
During springs 2013 and 2014 two faculty and one adjunct instructor from Pasadena City College, California, adopted the InTeGrate module "Climate of Change: Interactions and Feedbacks between water, air, and ice" into one or more of their courses. This included five sections of Introduction to Oceanography (lecture only) and one section of Introduction to Environmental Science (lecture/lab). Each course section had about ~35 students.

To create a support system while using these new materials, the group participated in weekly lunch meetings during Spring 2013 to share experiences, discuss upcoming units, and to organize classroom materials and photocopying and laminating duties. These discussions were extremely valuable to the instructors in promoting confidence that the units were being carried out effectively. Each instructor kept daily notes about the experience from their perspective and their students' perspective. In subsequent semesters they repeated activities that they felt were most successful during the spring 2013 trial semester. Interestingly, all three instructors found different parts of the module to be most useful in their classrooms. One instructor continues to use the first 4 units, another uses only units 2 and 3, while the third uses only unit 5. This third instructor felt that the graphs and diagrams in the earlier units were too complicated for her students to grasp, but that the role playing game works well because it lets students discuss how complicated climate modeling is. These instructor-driven modifications illustrate the flexibility of InTeGrate module use in each individual's classroom.