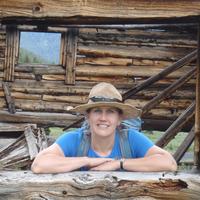 Eleanor Camann, Red Rocks Community College
For two-year college faculty, there is no easy way to find out whether or not our students who say they want to pursue geology-related 4-year degrees and careers actually end up doing so. It is also difficult to assess the long-term impact of our geology programs on such students. At Red Rocks Community College, a pilot project was undertaken to attempt to obtain some of this information. During the past 4 years, I collected data via a series of e-mailed annual surveys sent to my former students who had self-identified as planning geology-related careers. An initial survey with a 54% response rate over 3 years was first sent within a year of course completion. Slightly different follow-up surveys were sent to the respondents of the initial survey in order to continue to track their progress and solicit their opinions in subsequent years. 67% of the respondents to all surveys were "Extremely Satisfied" with how well our classes helped to prepare them for the next step in their studies and none were dissatisfied. Open-ended questions elicited many responses with advice that is useful in helping our current students prepare for the next steps in their academic pursuits. For some of our former students who did not complete a survey, National Student Clearinghouse data made it possible to compile information about transfer schools and degrees earned. In addition, a Facebook group has been used to maintain contact and build alumni networks. Initial results from these efforts have been promising, so I plan to continue this work.
« Geoscience Education Research II