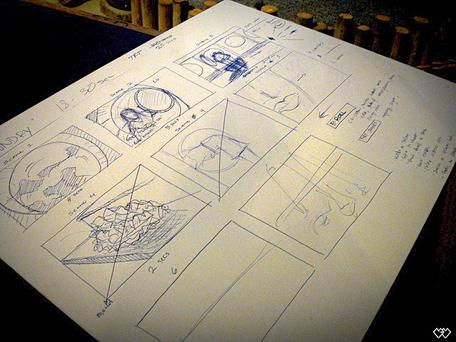 Storyboards are graphic organizers in the form of illustrations or images that are displayed in sequence for the purpose of pre-visualizing a filmed video, animation, motion graphic, or other interactive media sequence. Storyboards are also used in the development of comic books and motion pictures. In fact, storyboards are credited to being developed by the Walt Disney studios in the 1930s. Storyboarding is the process of developing a story sequence with accompanying images, video sequences (described at this stage with still images), audio and narration (provided at this stage as text). For example, in the film "Argo", the characters use visual storyboards to fake evidence that they are in the process of producing a movie (while in reality they are attempting to free American hostages from Iran).

A storyboard is created prior to video production, and serves to visualize the main elements of the video in sequence, thereby organizing the story and scenes and simplifying overall editing and planning. In some ways, it is similar to an outline for a written paper, in that it allows the narrative to be organized and thought through ahead of time. Knowing ahead of time all the scenes you need to film allows for more efficient planning, resource gathering, and set/location development and use.

A storyboard is often based on sketches that are intended to depict what will be shown on screen. In lieu of sketches, storyboards could contain photographs, screen captures, or text descriptions. If only text is used, the storyboard becomes something more like an annotated script, where the narration text is placed next to notes about the various visual and audio clips that will be associated with it. Examples:

Some of the benefits of using storyboards include:

How to create a storyboard

2. Best practices of a storyboard

3. How do I make a storyboard? Tips to get Started 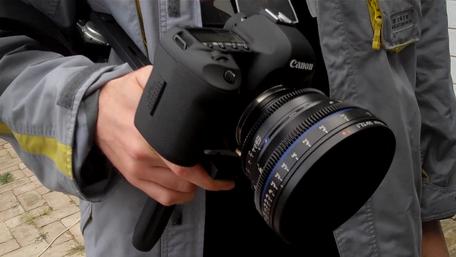 Working in Word: from Al Trujillo

Examples of the storyboarding process completed in Microsoft Word. These examples show the provision of narration for the verbal, pictures/graphics for the visual, and description of details of the shot.

The storyboard is a typical second step of a video production. It follows after the genesis of the concept for the video. Templates to create storyboards are generally flexible and adaptable to fit a wide array of concepts. Storyboard templates can be found for specific types of videos, animations, live activities, and other forms of expression. Since a storyboard is simply a story of the video or animation told frame by frame, templates and tools usually provide a generic way to capture each frame and then that frame capture can be copied and used over and over to make the entire storyboard. Tools to create a storyboard include printed forms and sketchbooks, giant post-it notes, Microsoft PowerPoint, fillable Adobe PDF forms, commercial and free software (examples: Storyboard That, StoryBoard Pro), and of course apps for iPhone and iPad. Regardless of the tool, visual, oral, and animation effects are key information to include for each frame in the storyboard are the visual, oral, and animation effects. Searching YouTube.com for storyboarding videos provides numerous examples of templates used to create storyboards for films, written materials, and more.

When I began this project I had never put together a storyboard. I have put together many Microsoft PowerPoint presentations but that format is pretty limited when compared with what you can do with video.

The first thing I did was to find some storyboard templates online (there are plenty of free ones), open the lecture that I wanted to "convert" to video, and start sketching.

On my first run I just mostly wanted to organize my thoughts. I did not pay a lot of attention to the specifics of animation, effects, or script. I just jotted down the "essence" of what I wanted each scene to involve.

After I had this initial framework I was then able to go back and put more time into the design and specifics of each scene. This not only forced me to plan animations and effects, it also allowed me to come up with the basics for a script.

I see the script as a guide at this point. Knowing my lecture style I would imagine that there will be a pretty healthy dose of improvisation.

As the more revised storyboard continues to grow, I already find myself wanting to add scenes. For example I think that I should add a live video scene for me to introduce myself. There will be some live shots later in the video and I think that it would be awkward to have that be the first time that the viewer gets to see the "narrator."

Still plenty more to do! My examples:

Storyboard templates provide structure to how the basic information is presented. There are many terms and concepts that may be provided with templates to help organize and standardize the storyboard.

Nearly limitless blank templates can be found on the Internet:

Original content for this page was contributed by: Charles Carrigan, Ron Harris, Ander Sundell, Al Trujillo, Alan Whittington, Laura Guertin, and Steve Burian during the Spring 2014 virtual workshop on Designing and Using Video in Undergraduate Geoscience Education. Our growing community of contributors continues to add to these resources.

Teaching with Video resources from across Teach the Earth »

Teaching with Video resources from across Teach the Earth »