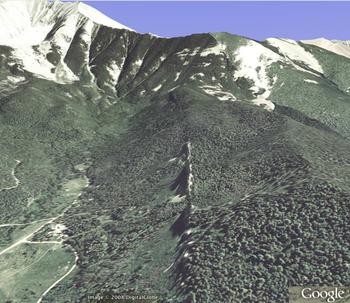 The vertical dikes radiating from the Spanish Peaks near Walsenburg, CO (right) are outstanding for teaching students about vertical contacts. 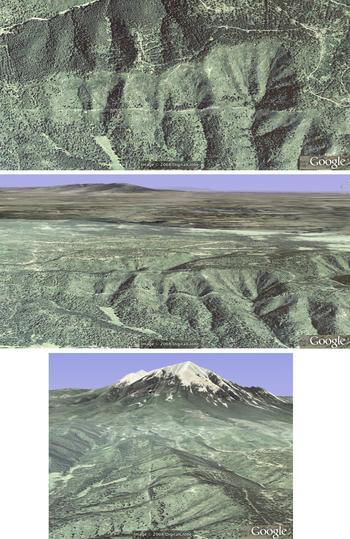 Click to enlarge.
In class, students first explore one of the vertical dikes extending east from the Spanish PeaKs. In vertical view (top left), the outcrop pattern is nearly a straight line, but a tilted view (middle) shows that the dike is eroded into the same kind of Vs that they have already seen. An end-on tilted view (bottom) shows clearly why the Vs don't show up in a bird's-eye view.

One of the dikes extending north from the Spanish Peaks shows spectacular shadows that confirm, even in a vertical view (below), that the dike is eroded into connected fins but still has a straight line outcrop trace.

Go to the next step: Visualizing horizontal contacts