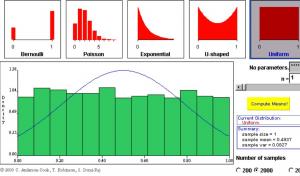 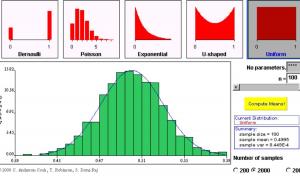 The Law of large numbers is discussed in relation to the central limit theorem at Random Samples.