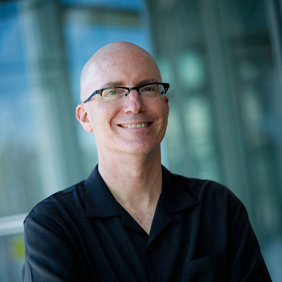 ×
Charles Stewart III is a professor of Political Science at MIT, a private 4-year research university. Information for this case study was obtained from an interview conducted on August 6, 2013. This page is part of a collection of profiles about a variety of techniques for integrating Quantitative Reasoning (QR) across the curriculum.

The Political Science Laboratory course is required of all political science students. We strongly urge them to take it at the end of the second semester of their junior year as part of a sequence that eventually leads them to writing a thesis in political science. The number of students in the class is usually 12, but can be up to 16. I've taught this course in various forms for almost 25 years.

The core of the class is a set of statistical techniques, and so in that sense it looks like a statistics class. The Hard-Nosed Empiricist is an assignment done on a daily basis that helps students learn to analyze claims. Students are also required to write a term paper where they think about a question in the political world and interrogate it quantitatively.

Key QR Assignment Description (links to section in this page)

How Quantitative Reasoning (QR) and Literacy are Approached

Design and Implementation of QR Goals

Our department's motivations were to have our students be known for their ability to solve problems and to be able to analyze empirical claims. In addition, QR was incorporated into this class in order to meet a general MIT requirement.

At MIT our comparative advantage in the world is turning out students who know how to solve problems. We want our students to be able to apply quantitative reasoning and skills to help them to address any problem using the tools of social science.

We also want our students to be able to confront empirical claims that they believe themselves, read in the newspapers or watch on television. We want to give them the capacity to think critically about these empirical claims and be able to verify for themselves whether or not the claims are valid.

This course was designed in the mid-1960's as a way of helping political science students meet the MIT laboratory requirement. Traditionally, all students took a science and engineering lab, but as the curriculum evolved, the various departments started their own labs that were more pertinent to their students, which is why this class is called, "Political Science Laboratory."

Hide
More About institutional requirements influencing motivation to integrate QR
As originally envisioned in the 1960s, the idea of "the laboratory requirement" was that it was supposed to be an opportunity for our students to take the general range of scientific tools they had learned as first year students and to apply them in a hands-on way to some problem during their second year. Initially, this was a traditional, straight-up science and engineering requirement.

In the 1960s there was a political scientist at MIT named Ithiel Pool who made an argument that the social sciences could do something within the discipline to meet this lab requirement. He created the "Political Science Laboratory" class as a way for student to learn to apply quantitative skills to political science problems.

Fast-forward a couple of decades, and that requirement is now generally done, not by sophomores, but by upper-class students. It's no longer a general education requirement. Instead, the various departments have essentially privatized this particular part of the requirement, so every department prescribes which lab course students take to fulfill the requirement.

The quantitative reasoning goals include having students consider an empirical claim that is made about a social phenomenon and recognize what the causal implications are of that claim. We focus on research design as a way of parsing claims. Then we move to the next step, which is to imagine the different ways in which data could be gathered to test the empirical implications, and perform the test. Finally, students are expected to synthesize these ideas and communicate their quantitative findings through writing a final term paper.

If you were to observe the class you would see two sets of things, one is you would see the class sitting around the table listening to me lecture about some topic with a fair amount of interruptions, which are welcome. The lectures are mostly about issues in research design and statistics.

The second thing you would see is the class doing hands-on assignments such as importing data sets into statistical software, making graphs, and running statistical techniques. I have discovered that doing these types of assignments with the professor circulating around the room and helping problem-solve is a better way to teach students how to become independent compared to letting them figure it out on their own.

I have found that in teaching students how to do empirical work, oftentimes it is the logistics that get in the way of students being successful. Students are often overconfident in their ability to do computer-related assignments and tend to wait until the last minute and not do it very well. Since I think that doing the empirical work is very important, I take the time to work through these hands-on assignments before asking them to use the tools to do research.

Knowing the course is successful

I measure the success by the quality of the papers they write at the end. With very few exceptions, the students taking the class have never done a project like this before. So where they end up at the end of the semester is a consequence of both the inputs and their own application during the semester.

By the end of the semester, I feel confident almost all of them would be able to write a thesis or, at the very least either verify or refute claims based on data.

Additionally, in the process of helping students informally with their papers, I notice the types of help that they need and this gives me a sense of both what I could improve in my teaching and the success of the course.

Key QR Assignment of the Course

The main idea of the Hard-nosed Empiricist assignment is to teach students to think and act like a social science researcher. More broadly, it is attempting to enable them to confront empirical questions that they believe or read about and to figure out ways to independently verify these claims. They must find the data, think about what a reasonable test of the claim would be, and perform the test.

Hard-nosed Empiricist Student Handout (Links to section on this page)

The semester is divided in such a way that for the first two-thirds it is more or less a traditional class with some lecture and a variety of techniques (e.g. hands-on exercises.) The Hard-nosed Empiricist assignment is done in the first 15-20 minutes of class during this period of the semester. This assignment is described in more detail below.

The first part of the Hard-nosed Empiricist assignment is a homework assignment. Students must find empirical claims that they can study--for instance, "bad weather causes voter turnout to go down." Then they search for research someone else has done to address the claim, which they will present to the class.

Students must clear with me ahead of time both the empirical claim and their example of research to verify the claim. I want the research they select to be either trustworthy research or a good example of bad research.

Students examine the research, present it to the class, and tell us what they think it says. They lead the class in a mini discussion about the design of the study that is verifying the claim. They point out whether or not there were certain features such as internal or external validity that would lead us to trust or not trust the results of the research.

Although the students lead the discussion, I guide them with questions and make sure they're clear about why they chose the example, why they think the claim and the research are related to one another, and what they think are the threats to validity.

Part of my guiding the discussion is to try to get them to imagine, "In the best of all possible worlds, what would you want to do? Given what is available, what can you do?" I try to guide them in a way that inspires them to do better research or to think harder about the questions. More importantly perhaps, I want to help them understand what the limits to the research are short of just dismissing any empirical work in the social sciences.

Doing this on a daily basis helps the students learn how to dissect claims and make arguments. It also provides regular practice with quantitative reasoning and helps them write their term paper at the end of the semester.

In order to examine internal and external validity of the claim, students were asked, "Do people select to watch Saturday Night Live because they already have predispositions in favor of Republicans or Democrats? Is there a selection bias? Are there other things that might bias our results?"

The last third of the semester is a series of workshops where students work on term paper projects. They must form the question, gather the data and make an argument as one would in a professional journal. For this last third of the semester, the class meetings are either informal--small group or individual problem-solving--or the students make presentations about their projects and receive feedback from other class members. At this point in the class, the students have internalized the concepts from the earlier smaller exercises such as the Hard-nosed Empiricist, so that are able to provide constructive feedback to help each other.