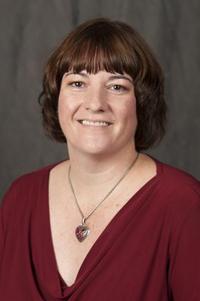 ×
Sara Mitchell is a professor of Political Science at the University of Iowa, a public 4-year research institution. Information for this case study was obtained from an interview conducted on September 9th, 2013. This page is part of a collection of profiles about a variety of techniques for integrating Quantitative Reasoning (QR) across the curriculum.

Students tend to be upper-division students, so juniors and seniors. But, now that the course is required for the international relations major, I'm expecting that we'll probably have a larger number of younger students. In the past, it was just an elective that students could take for political science credit.

I have taught this course for over ten years.

Key QR Assignment Description (links to section in this page)

How Quantitative Reasoning (QR) and Literacy are Approached

I tend to focus my courses on quantitative literacy, so that students gain the ability to read articles with statistical analysis or formal models. At the undergraduate level, I don't have students engage in research themselves unless it's a research methods class. In research methods courses, there would be even more emphasis on quantitative reasoning, where students are actually using data or SPSS or other programs to do their own statistical analysis.

That said, I'd say my assignments do teach quantitative reasoning by teaching students how to apply the concepts they learn in class. In the International Conflict class, one of my goals is to get students more able to read the studies with quantitative models or analysis so that they have the ability to understand the basic research approach. For example, if there's a table of predictive probabilities I want students to understand "what is the logic of how those were generated?", and "how do I interpret those probabilities?" Students also write basic descriptions of data and graphs to show trends such as the relative changes in power between entities over time. They use quite a bit of quantitative reasoning discussing and writing about how data applies to the theory.

But I don't go so far as to say, "Here's a dataset. Develop your own project." I rely on structured assignments and walk students through the process of linking data to theory.

Design and Implementation of QR Goals

My desire to teach quantitative reasoning stems from the combination of seeing the quantitative approach in my economics courses along having a substantive interest in the study of war. Because of my background, I try to integrate both approaches in my teaching. During my undergraduate education, I was a political science and economics major. I noticed as an undergrad that there was a divide. Some of my courses were focused very heavily on learning history or events. Other courses I took focused more on theories and formal models. These courses gave me a brief introduction to aspects of the scientific study of international relations. When I got to graduate school, I took classes with people who used quantitative approaches.

I think a lot of political science majors don't think about the science in political science. I want students to be able to think about the concepts of testing hypotheses, measuring concepts, and thinking about "how do you go from theory to empirical testing?" To meet that goal, we talk about research design questions and whether those research design choices are good or bad. We talk about "how do you interpret the findings from a fiscal model?" and "what are the limitations of those models?"

I run the class as a discussion every day. We typically work through an article to determine what the theory is that underlies the research, what the hypotheses are, how the researchers measured their concepts, and what the statistical approaches are that the authors used. Then we go through the tables of results in class. Since we do this regularly in class, I think the repetition of that approach is successful in getting students to read the research in a different way.

The Key QR Assignment of the course (described below) is conducted as a group project. While students are skeptical of this approach, they seem to enjoy it more than they anticipate.

This summer, I taught the course online and the projects were done online which I was skeptical about. I had students write their group projects on the Wiki software that is part of Iowa's ICON system (an online learning management system like Blackboard). I definitely found that the Wiki was a useful pedagogical tool. Students wrote their draft in the system and then the they were required to comment on other students' drafts in their group. I found that the approach worked really well. It's something that I'll use in a regular semester because it provided a way for me to see who was doing what and when and also gave students a way to have a structure for commenting on each other's writing. The Wiki provided a place for them to communicate with each other more easily as well. Another approach I used was to assign group leaders. I think that worked well because it allowed me to communicate with one person in the group and also allowed the leader to organize group meetings to keep everybody on track to finish the assignment.

Knowing the course is successful

There are several indicators that I use to measure the success of the course. I look at how students score on exams. I look at course evaluations. I get feedback individually from students. I look at enrollment patterns to see if people are saying good things about my class so that other students want to enroll. I also think how well they do on the group project provides a really good indicator of whether or not students can take what they learn in the class and apply it to a specific scenario.

Another way I know the course is successful is because in the beginning of the class, most students skip over the tables presented in text altogether. By the end of the course, they're not only reading the tables, but actually asking questions about them. So students will raise their hand and say "Can you explain to me in Table 3 why this number looks like this?" or "I don't understand why the number of cases in this table is this."

Key QR Assignment of the Course

The purpose of this group assignment is for students to interpret and describe real war data for a variety of factors to apply theories learned in class and to determine whether the countries involved will fight again in the following 5 years. This assignment is presented in the form of a group paper and a class presentation along with a shorter individual reflection paper. The assignment spans the entire semester.

In the past, I used to have students individually write a paper that described different interstate wars. However, In recent years, I've focused more on organizing a paper as a group project. I usually have five to seven students per group. I might have around six groups typically. Students are given the assignment the first week of class, and then the presentations don't occur until the last week. Students can work on the assignment all semester.

I give all groups of students numerical data from one actual case such as Israel and Egypt from 1948 to 1978 or the United Kingdom and the United States in the 1800s. I give them actual data from the Correlates of War project on their military expenditures and military personnel, GDP and their regime type. I fabricate data for public opinion scores.

In addition to the numerical data, I also give them information about whether the countries have border disputes, whether they have nuclear weapons, etc. I rename the countries, say Mars and Venus, and I also change the years. I make it so that the end year is the current year, regardless of the case. That way, students don't know what years or which countries actually are involved.

Then, I have them do a PowerPoint presentation where they present their findings to the class. Since all groups are working with the same data, I randomly select which group will present the project (students don't like that part). They don't know until the day of class which group is actually going to present. I think this approach works pretty well, however. It gets all students ready to present the project.

In their presentations, students present graphs. This means that they have decided to create those graphs from the data they were given since I don't provide data in graphical form. The graphs show if one side becomes stronger than the other in that time period and illustrate other factors the group is trying to illustrate. Other ways they present the data are by providing basic descriptions of the data. Students use quite a bit of quantitative reasoning in talking about how the data applies to the theories learned in class.

The last component of the assignment is an individual 2-page paper that describes what they learned about the study of war, and to address if we can we make predictions, using the kind of quantitative indicators that I provide them with.

This assignment is part of an online instructor supplement for a textbook that I recently co-authored with John Vasquez, through CQ Press called Conflict, War, and Peace. The textbook is designed for instructors who want to teach a scientific study of war. (Contact CQ Press for instructor access to get a copy of this activity)