Jump Down To: Vocabulary and Syntax | References

The acquisition of a second language passes through a series of stages and reaching full proficiency in another language takes more time than many people realize. At the point where students appear fluent and comfortable using English in social settings, their success in academic settings may still be at risk.

Two distinct types of language acquisition include (a) BICS: Basic Interpersonal Communicative Skills and (b) CALP: Cognitive Academic Language Proficiency (Cummins, 1979). Basic Interpersonal Communicative Skills encompass the social language that we use on a regular basis - to make plans with friends, to talk about our daily activities, etc. It is usually the first step in acquiring another language. However, the language that is needed for academic success is different. Academic language requires more technical vocabulary, more sophisticated sentence structure, and a nuanced understanding of how language is used within academic disciplines. It takes much longer to develop the Cognitive Academic Language Proficiency that will enable students to succeed in college-level studies (Harper and de Jong, 2004).

Cognitive Academic Language Proficiency in the disciplines of mathematics and sciences requires knowledge of precise, sometimes technical language as well as familiarity with notations and symbols that may vary from one culture to another. Language word problems commonly contain more advanced grammatical structures, such as indirect speech and the passive voice. Linking words within sentences and transitional words or phrases among sentences carry important meaning that may not catch the attention of non-native speakers of English.

Challenges in writing assignments for ELLs

Listen to English Language Learners describe, in their own words, the challenges they face when preparing written assignments and papers. 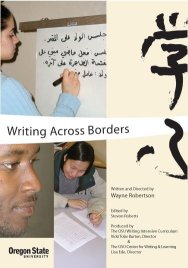 This documentary film produced by the Oregon State University Center for Writing and Learning aims "to address some of the most significant challenges international students face when writing for American colleges and universities."

Writing Across Borders can be viewed online and is available for purchase as a single dvd from the Oregon State University bookstore. There are also video clips as well as a transcript of the film. The website for the film also provides toolkits for using the film as part of faculty professional development and training for writing tutors.

A note about plagiarism: Other cultures do not always define plagiarism in the same way that it is defined in the US. It is important to underscore, for all of our students, what we mean by the concept of plagiarism. Native speakers of English, as well as English Language Learners, often have wide-ranging concepts of what constitutes plagiarism and what does not. As this distinction is not always clear to our students, it is advisable to take time in class to explain what we mean by the term, to describe appropriate ways to document information sources, and to offer a few examples. 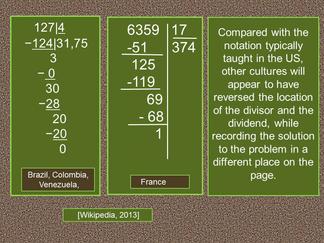 ×
The notation used for long division often varies from one culture to another.

Provenance: Wikipedia
Reuse: This item is offered under a Creative Commons Attribution-NonCommercial-ShareAlike license http://creativecommons.org/licenses/by-nc-sa/3.0/ You may reuse this item for non-commercial purposes as long as you provide attribution and offer any derivative works under a similar license.

Just as there are variations in the way we record dates - typically in the US, [month/day/year] while in most other countries, dates are written [day/month/year] - there are often different ways of recording other numerical information. While the process of mathematical computation remainss the same, the notation used to represent everyday functions varies from one culture to another (Sousa, 2011; Deussen et al., 2008).

Recognizing potential areas for misunderstanding, teachers can explicitly identify key terms, symbols and notation that might otherwise be confusing for an ELL student. It need not take a lot of class time, however increased clarity in presenting important functions and how data or results are recorded will ultimately save time and avoid confusion. (Deussen et al., 2008).

Think about how many different words are used to refer to or describe the same mathematical function. "For example, even if ELLs know the meaning of the "-" symbol, they may not know all of the English language terms that can be used with it ("minus," "subtract," "take away," "reduced by")" (Deussen et al., 2008; Sousa, 2011). The slope of a line may be described as: the gradient, the incline, the grade, or we may talk about rise over run, or the rate of increase/decrease, or refer to the linear change of a line (Dale and Cuevas, 1992).

As in many disciplines, words that may be familiar to ELLs in an everyday context take on an entirely new meaning when used in a more specialized, geoscience setting. 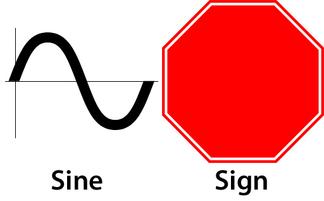 Provenance: John McDaris, Carleton College
Reuse: This item is offered under a Creative Commons Attribution-NonCommercial-ShareAlike license http://creativecommons.org/licenses/by-nc-sa/3.0/ You may reuse this item for non-commercial purposes as long as you provide attribution and offer any derivative works under a similar license.

An instructor may use words that sound like other words but carry a different meaning (homophones), for example: sign/sine, plane/plain, some/sum. Words that differ in pronunciation by a single phoneme or sound can easily be misunderstood in a class lecture, for example: then/than. While native English speaking students may quickly figure out which of two words is appropriate for a particular context, it can take just a moment or two longer for non-native speakers of English to process this information and sort out the intended meaning. By then, they may have missed hearing other parts of the lecture, making it difficult to keep up with the pace of some class lectures.

Essential for understanding lectures and textbook readings is the ability to recognize/understand the meaning of "signal" words. Signal words (or transition words) link important ideas in specific ways, establishing relationships among multiple parts of a problem. (i.e. "cause/effect"- consequently, as a result of, due to, etc., or "logical relationships"- different from, if ... then, if and only if, etc.) Non-native speakers of English often miss or misinterpret important signal words, causing confusion (Gibbons, 2002).

Provide opportunities for students to summarize or rephrase what they have read to a partner or in small groups. Simply talking through the steps of a problem to be solved can bring to light and underscore important signal words. When ELLs compare their interpretation of the reading with those of other students, ELLs can identify misunderstandings of language in a smaller, less anxious setting than before the entire class or in a testing situation. (Deussen et al., 2008).

English syntax contributes to the puzzle

Word order in English can be another source of confusion for English Language Learners in science and mathematics courses. Translating English in a strictly linear fashion can lead to an erroneous numerical representation of the relationship among key elements. For example, a non-native speaker of English may misinterpret the following statement: The number 'a' is [the student writes "a="] six less [the student writes "6 minus"] than the number 'b'[the student concludes by writing the equation: a = 6 - b, rather than the correct equation: a = b - 6. (Dale and Cuevas,1992).

Word problems are commonly challenging for non-native speakers of English. "They require students to read and comprehend English sentences that often do not follow the patterns typical of everyday language" (Deussen et al., 2008). Word problems make frequent use of passive voice construction (which may not exist in the students' native language). Word problems may include conditional or hypothetical grammatical constructions, many pronouns, and word order not common in everyday speech. Adding to comprehension difficulty is that the question usually appears at the end of the narrative; not until the last statement - the question - do students learn what they need to know to properly interpret the word problem (Bernardo, 1995; Schleppegrell, 2002).

Sample: In 3 more years, Miguel's grandfather will be six times as old as Miguel was last year. When Miguel's present age is added to his grandfather's present age, the total is 68. How old is each one now? - Washington State Mathematics Council, 2013

The sample word problem given here includes the use of multiple timeframes (past, present, and future), the passive voice, numbers that appear in both numeral form and word form, and multiple uses of the possessive form. The question occurs at the end of the problem, and requires the student to interpret the pronoun "one" correctly as referring to both Miguel and his grandfather.

RECOMMENDATIONS: Consider teaching students to reword the problem (Sousa, 2011) by putting the question first, and then using their own words to simplify/clarify what is being asked. Using the example above: How old is Miguel? And how old is his grandfather? When we add together their ages, the total is 68 years. If we take Miguel's age last year, we know that his grandfather will be six times that age -- in the future, three years from now.

Deussen, T., E. Autio, B. Miller, A. Lockwood, and V. Stewart (2008). What Teachers Should Know About Instruction for English Language Learner: A Report to Washington State.