"We can only understand macroevolution - the comings and goings of species and higher taxa through time - if we link the microevolutionary processes studied by geneticists with Earth's dynamic environmental history."

Evidence for evolution is often taught using the fossil record and biogeography whereas the mechanisms of evolution are generally taught from a genetic and molecular/cell biology perspective. Taught together, modern biology and Earth history can be used to teach a well-rounded basic unit on evolution or to deal with particular important and problematic topics such as: 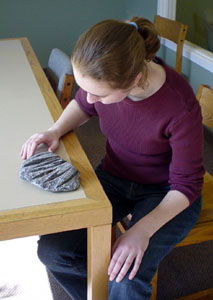 As evolution is a very broad topic, a variety of different courses on the subject will use Earth history in different ways.

Below are web resources relevant to the specific subjects described above.