Ethics and Professionalism in Nanotechnology

David Mogk, Dept. of Earth Sciences, Montana State University, based on content originally developed for the Teaching GeoEthics Across the Geosceince Curriculum Project. 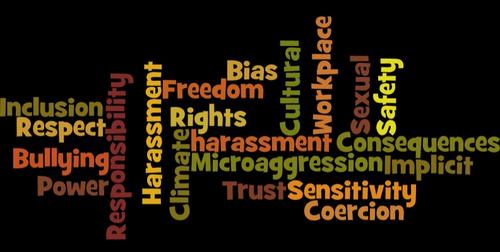 Professionalism in the geosciences refers to the behaviors and attitudes of geoscientists as they interact with colleagues in the work environment and with the public in serving a wide variety of societal needs. The following topics address numerous issues of professionalism that impact the ability of scientists to do their work and for Science to progress. Please use this module as a guide for self-assessment of your classes, lab, department or program. Are there issues that you should be aware of? The goal is to help identify instances of unprofessional conduct, to prevent these from becoming major issues, and to provide the support to encourage scientists to act to mitigate and resolve these issues.
Start the conversation: in your classes, in the coffee room, in departmental meetings and seminars.
These issues cannot remain an "open secret" and demand to be explicitly addressed. Consider the following topics, use the following resources to discuss with colleagues/students and for personal reflection. Are you doing all you can to ensure that your work environment ascribes to the highest standards of professionalism?

Collegiality. Citizenship. Comity. Consensus. Whatever you call it, we all have to get along in the workplace and life. In this module we look at the Responsible Conduct of Scientists: the professional behaviors, attitudes and interpersonal relations of scientists at work. It's a simple matter of RESPECT and RESPONSIBILITY: for people and for our Science. This section provides background information on underlying principles that contribute to "workplace climate": trust, responsibility, justice, freedom. Resources and readings from this section provide rich materials for group discussion and personal reflection.

Is your department/workplace welcoming and inclusive for ALL people? The geosciences have the lowest rate of participation among the STEM disciplines for people from underrepresented groups. What is being done in your department, what can you do personally, to make your work environment inclusive and welcoming to ALL people? "Political correctness" is about respect for human dignity for ALL people. "Locker room banter" is hurtful to many people whether directed towards individuals or not.

Administrators, faculty, staff, students, managers and co-workers may encounter all manner of interpersonal conflicts that may affect the safety and productivity of the work environment. Know how to recognize the signs of potential trouble, intervene early to prevent a bad situation, know the rules, and have a plan in place about how you can respond to mitigate impacts. Here are some thoughts on how to prepare:

"The scientific enterprise is built on a foundation of trust. Society trusts that scientific research results are an honest and accurate reflection of a researcher's work. Researchers equally trust that their colleagues have gathered data carefully, have used appropriate analytic and statistical techniques, have reported their results accurately, and have treated the work of other researchers with respect. From On Being a Scientist-- National Academy of Sciences 3rd Edition (Contributed by Linda Gundersen)

What is Public Trust in Scientific Research

The International Science Council (ICSU) has defined The Principle of Universality (freedom and responsibility) of Science. ICSU Statue 5 states: "The free and responsible practice of science is fundamental to scientific advancement and human and environmental well-being. Such practice, in all its aspects, requires freedom of movement, association, expression and communication for scientists, as well as equitable access to data, information, and other resources for research. It requires responsibility at all levels to carry out and communicate scientific work with integrity, respect, fairness, trustworthiness, and transparency, recognizing its benefits and possible harms.

In advocating the free and responsible practice of science, ICSU promotes equitable opportunities for access to science and its benefits, and opposes discrimination based on such factors as ethnic origin, religion, citizenship, language, political or other opinion, sex, gender identity, sexual orientation, disability, or age." (Contributed by Linda Gundersen)

A large concern of Scientific Freedom, is the expectation that scientific research should be done without fear of overt political pressure.

The dignity of all people must be respected. Attacks on "political correctness" does not give license to denigrate, humiliate, marginalize and abuse. "Locker room banter" is not OK. It is hurtful and has real consequences. Be civil. Enough said.

Scientists have responsibilities at many levels, to: Science, the profession, colleagues, students, employers and employees, clients and end users, the public and humanity. For example, these responsibilities are specifically identified in the