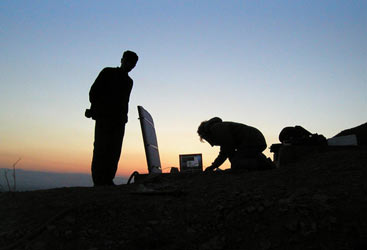 ×
The following list of selected references consists of articles and books that address the issue of understanding the nature of geoscience methods and how they differ from the methods of experimental sciences. These references address issues surrounding teaching students how to think like a geologist which is fundamentally different than thinking in other sciences. For a more complete, searchable list, see the references page.
Jump down to Methods of Geoscience | Nature of Geoscience | Teaching Geoscientific Thinking | Research on Learning in the Geosciences

Geoscience and Geoscientists: Uniquely equipped to study the Earth
by Manduca, C. A., and Kastens, K. A., in Special Paper 486, Geological Society of America, p. 1-12, 2012

Methodological and Epistemic Differences between Historical Science and Experimental Science
by Cleland, C.E., Philosophy of Science, v. 69, no. 3, p. 447-451, 2002

A Model for the Development and Implementation of Field Trips as an Integral Part of the Science Curriculum
by Orion, N., School Science and Mathematics, v. 93, no. 6, p. 325-331, 1993

Developing and Applying the Knowledge, Skills, and Dispositions Needed for Effective Earth Science Teaching
by Pyle, E. J., and Brunkhorst, B., In A. Collins and N. Gillespie (Eds.) The continuum of secondary science teacher preparation, Sense Publishers, Boston, 2009

Research on Learning in the Geosciences

Each of the following resources is GSA Special Paper that includes several papers. Follow the link to the resource and the related website to see the table of contents.

Earth and Mind II: A Synthesis of Research on Thinking and Learning in the Geosciences
by Manduca, C. A., and Kastens, K. A.,Special Paper, Volume 486: Boulder, CO, Geological Society of America, p. 210, 2012