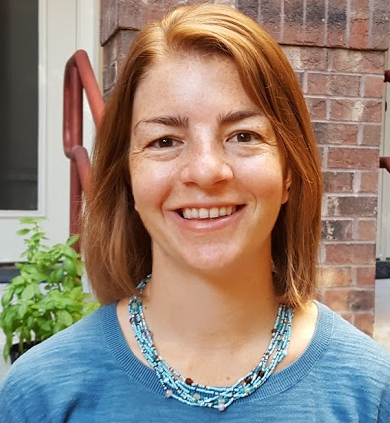 An introductory course for biology majors.

I used material from three different Integrate modules in my General Biology II course. This is the second biology course taken by majors at UNCC, and covers evolution, animal and plant structure and function, and ecology. As a part of the course students do a service learning project related to sustainability. These modules helped to incorporate more discussion of topics related to sustainability in the course, and helped to better link their service learning project to the material covered during class.

The in-class activities were fun and engaging for the students, and challenged them to interpret real data.

For the unit I used on Ocean Acidification, I modified it very little. However, for the other two units I made changes in both the content in the module, as well as the activity's instructions.

This course is a semester long course that meets twice a week. The course is broken into four units: evolution, plant biology, animal biology, and ecology. I used the module on the geological timeline at the beginning of the unit on animals. I incorporated the carbon cycle and the ocean acidification units in the ecology section of the course.


Module - Changing Biosphere, Unit 1: Introduction to the Geologic Timeline & Mass Extinctions
I had the students complete preparatory reading about the 6th mass extinction as provided by the unit as homework. I then had them take an online quiz which was modified from the "Reading Quiz" provided in the unit.
I modified the geological timeline activity. This unit suggests having a list of important geological events which include the dates on these events. Student then organized the dates on a timeline. However, I decided to include major evolutionary event, but to not include any dates. I have a large class, so I made little sets of cards that had one event per card. Each group (4 students) got one full set of event cards. As a group, they then had to arrange them into order. Then I had 8 students come to the front of the classroom. I gave each one a sheet of paper that had one event on it in large letters. They were then give about 2 minutes to organize themselves in what they thought was the correct order of the events. Once they were in order, I had their classmate suggest how they might move locations. I allowed suggestions and permitted them to move until they had the correct order. I then alerted them to the giant timeline I had drawn on the board behind them, and the group at the front had to show where on the timeline they thought their event went. As expected, they spread out relatively evenly across the 4.6 billion years. However, most of the evens were actually from the last 500 million years, so then I adjusted them, by directing the students to their actual locations on the timeline. This ended up making about 7 of the students all clustered tightly together after the Cambrian explosion, and really helped the get a better grasp of the history of life on earth.
I then followed the "Marine Diversity and Mass Extinction" part of the unit as described. This is not material I normally cover in class, but added some nice data that students were able to interpret.

Module – Carbon, Climate, and Energy Resources, Unit 2:The Carbon Cycle
I assigned the homework videos that came with this unit, and I made my own version of the homework assessment that was all multiple choice so could be graded through our learning management system software. I felt as though the videos were a good refresher for the students on the basics of carbon and greenhouse gases.
In class, we did Part 4, the Carbon Cycle game. I followed the instructions except for the following modifications: 1) I left out the "crust" and the "mantle" sheets in the game, and 2) I rewrote most of the descriptions for the game so that they were easier to understand for biology students. I found them to be very focused on geology, and not understandable for a student with no background in geology. This games involves students rolling a dice, and then based on the dice roll, moving to different carbon reservoirs. It worked well because students were engaged, and it help them read through the material and see different examples of how carbon could move from one reservoir to the next. It made a topic that is often pretty dry for students more interactive as they were essentially reading a story of what happened to their carbon.
In class, we also did Part 5, sizing up reservoirs. For this part, we followed the instructions. I think this part was great, because it allowed to see why even though the atmosphere is the smallest carbon reservoir it is so important in global climate change.

Module – Ocean Sustainability, Unit 2: Ocean Acidification
Because of time constraints, I did not have the students do the pre-class assignment.
In-class we followed the unit as written. I have found that ocean acidification is sometimes tricky for students to understand. I think this unit helped to clear up why oceans become more acidic with increasing CO2 and how this could affect organisms that make calcium carbonate shells.

All of the modules had built in formative assessment. For example, with the geological timeline activity students had to organize themselves in the correct order in front of the class. This allowed me, and the entire class to see what the misconceptions were. In addition, I added in a "clicker" question in this activity, to check in and see what order students put a few important event. For each module, they included formative assessment where students shared what they learned. I also made sure to include exam questions that focused on whether or not they understood these activities. In general students did pretty well on these exam questions.

I really had two goals: 1) incorporate more sustainability into my classroom, and 2) include some new unique activities into my class. The InTeGrate units I used did help to infus more sustainability into my course. I did an introduction to sustainability on the first day of class, emphasizing that it is on the the reasons why we are interested in studying biology, because understanding biology can help to achieve some of the goals of sustainability. In particular, the activity on the geological timeline helped me add some sustainability discussion (6th mass extinction) into a portion of my course where we typically do not discuss topics related to sustainability. I already do a lot of active learning with my classroom, but I am always looking for unique ideas and activities to use in the classroom. The carbon cycle game was really great for this, because it was quite different from other activites I use in my classroom. I will definitely be using these materials again in my course.