You may recall that the concluding section of module 2 on the history of crop domestication and food systems we presented the recent development of alternatives to the modern globalized food system as "quasi-parallel" new movements as well as food production and distribution strategies intended to address sustainability issues. We use the word "quasi-parallel" because the global and local variants of these responses focus on different strategies and scales within the food system, and target different outcomes, even though both consider themselves to be responding to the sustainability challenges in the modern food system, sometimes using similar practices at the farm scale for managing crops and soils. Also, we acknowledge at the outset that dividing these strictly into two variants may not cover every case. The intention is to give you a sense of the range of alternatives being proposed so that you can potentially look for these types of alternative food systems in your capstone regions and integrate them into proposed sustainability strategies for the future of food in these regions. Also, it is likely that both variants will have advantages and disadvantages that are pointed out and debated by proponents and critics. From this debate we can see that sustainability is a contested concept, depending on the assumptions, goals, and arguments used by different advocates: it does not have a single definition to different camps in the debate over sustainability.

Globalized variants of alternative food systems seek to correct issues of sustainability from within the framework of global food production and food trade networks. This has been called a case of "ecological modernization" because it seeks to reform certain aspects of globalized corporate food systems (previous pages) such as environmental impact and labor standards, while not altering the main features of the modern global system, for example, large scale of production, long-distance distribution, and leveraging the economic power of global investment to expand production and increase efficiency. Advocates of this approach promote strategies such as the "triple bottom line" for companies, which refers to positive environmental and social benefits from company activities being measures of company success in addition to economic profitability (thus a triple measure mirroring the "three-legged stool" of sustainability, see Module 1 and following pages in this module). Advocates also generally point to the fact that given the globalized corporate food system embodies by far the largest impact on levels of social equality and natural systems currently, reforming its activities and standards for performance is a way to have a tremendous impact on global sustainability. Detractors of "ecological modernization", including advocates of community-based food systems below, complain that these reform efforts leave in place unsustainable features of the system, such as large-scale production that is corrosive to local communities, or marginalization of smallholder farmers within markets or in land distribution in some cases (see the "agriculture of the middle" critique and the concept of a poverty trap in the following pages).

Notwithstanding this debate, it is useful to note some main features and trends in this globalized approach. Like the community-based variant, the globalized variant has prescriptive goals for the food system in response to sustainability problems of the modern food system. It supports substitution of more sustainable methods of food production, such as integrated pest management, organic methods, reduced tillage, and protection of watersheds from pollution with improved farming techniques, some of which have been seen in previous modules. Certification schemes are promoted that hold producers and distribution networks to a higher standard, such as organic certification (which generally must conform to standards in the country where the food product is sold). As another example, fair trade certification seeks to improve the price paid to local producers in source regions, who have generally received very low prices for their products, and thus shares the approach of strengthening local economies with the community-based approaches below, even if it uses global trading networks. 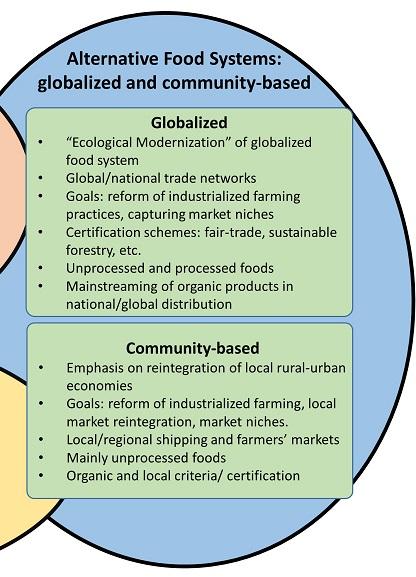 ×
Figure 10.1.12 Characteristics of two types of alternative food systems that are responses to sustainability concerns in food systems. A more global or &quot;ecologically modernized&quot; variant seeks to bring sustainable and fair trade principles into the global food system, while a local and community-based variant seeks to reconnect consumers and communities to food producers at a local scale.
Credit: Steven Vanek and Karl Zimmerer.

Many other examples of community food systems can be found, which also include efforts to link smallholder farmers and their food production systems (see previous page) as producers for burgeoning urban markets in developing countries, thus substituting some of the supply from the globalized corporate food system beyond the food products that are already supplied by smallholders to cities in these countries. The overall volume of food handled by these community-based food systems is generally much smaller than the globalized or smallholder types of food systems. Nevertheless, advocates point out that the potential market of urban consumers in relatively close proximity to small-scale producers around the world is potentially enormous. In fact, channels of alternative food production and distribution (e.g. organic agriculture) are among the fastest growing sectors in volume and economic value on a percentage basis, year after year [USDA-Economic Research Service, 2014]. 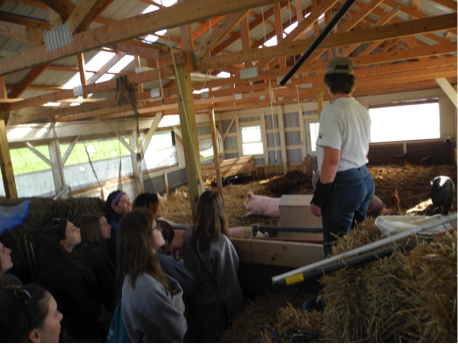 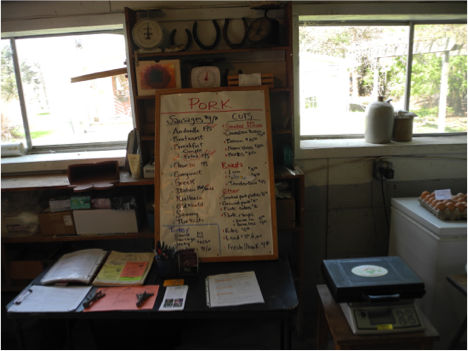 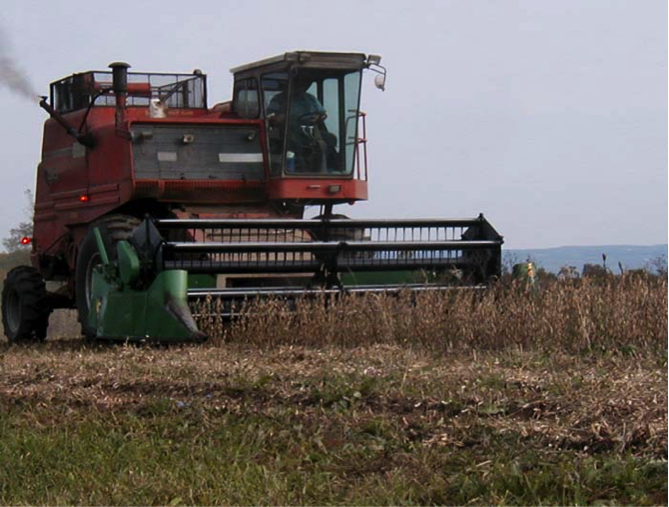 ×
Figure 10.1.14. These organic soybeans are being harvested at a relatively large scale (hundreds of hectares in aggregate, within a production region of the Northeastern United States) to manufacture and sell tofu within a regional alternative food system. Soybeans are also a commodity crop largely handled by the globalized food system.
Credit: Steven Vanek